'Protect the Results': Americans threaten protest if Donald Trump interferes in US Election 2020 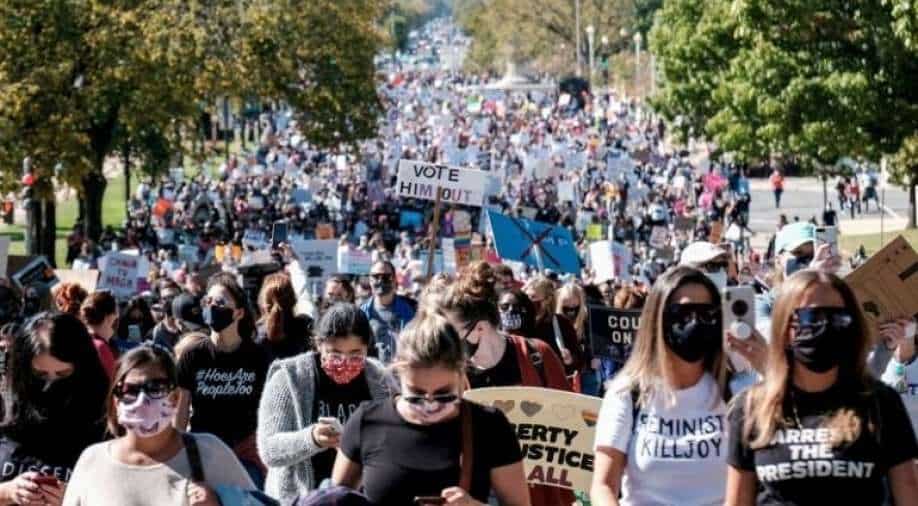 As the US gears up to cast ballots on November 03, dozens of activists in the country are readying themselves to claim the streets and raise their voices against the current President Donald Trump if he interferes with the election process.

Nearly 130 groups from Planned Parenthood to Republicans for the Rule of Law have come together to form a colaition titled 'Protect the Rules' through which they have organised nearly 400 events in different parts of the country where people will take to the streets and peacefully protest against if President Trump interferes or manipulates the election results.

"We can’t assume that Donald Trump will respect the peaceful transfer of power” said Sean Eldridge, the founder and president of Stand Up America, a group that started organising this coalition in June.

The activists  fear that the President may interfere in the vote counting process and use his muscle and economical power to try to turn the election results and/or refuse to step down if his Democratic rival Joe Biden wins the lections — a possibility many independent polls are supporting.

"We are very concerned that Trump is going to try to steal this election, using his position of power," said Kaela Bamberger, an organiser with Shut Down DC, which plans civil action that may include stopping traffic in the US capital.

Hinting towards the uprising in Belarus and Russia, Bamberger said, "The longer the person claims to be in power and tries to force their position of power to be extended, the more likely it is there’s nothing to be done about it."

The activists decided to group up and be ready for any possibility after Trump hinted that he would not cooperate if he loses the elections to "Sleepy Joe". However, the White House and repeteadly tried to reverse statement and has officialy stated that "The President will accept the results of a free and fair election".

Another student-led group We count on Us" is planning hundreds of peaceful demonstrations in the city hall and are ready to make regular and peacful checks to make sure nobody takes over the ballot centres by muscle power and "no line is crossed". The group is also urging citizens to exercise caution and patience, given the current pandemic. "Because of the pandemic, things look different this year, and that will require us to be more patient than usual," said Neha Desaraju of the Sunrise Movement, a group which has joined the coalition.