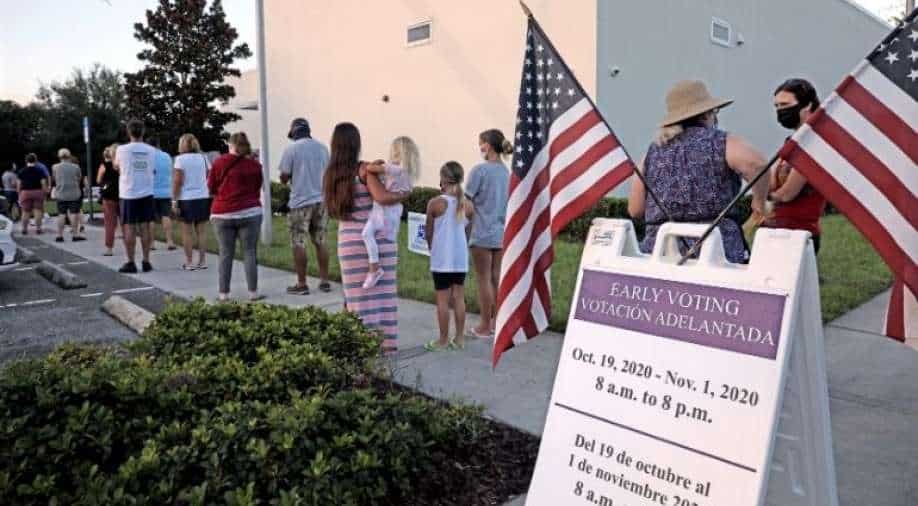 The swing states are predicted at the beginning of the election cycle based on political history, ongoing crises, and the number of electoral votes

With exactly a week to go for the US election 2020 on November 3rd, presidential candidates Donald Trump and Joe Biden will be watching a few states more closely than others.

How is the president of the United States elected and what is the role of the electoral college in an election process?

The swing states also are known as purple or the battleground states will play a key role in deciding the next president of America. In these battleground states, the presidential race is expected to be the closest, where the winner remains unclear until the final votes are counted. The presidential candidates often spend more time and money in these states, than other states for various factors.

How are the swing states determined?

The swing states are predicted at the beginning of the election cycle based on political history, ongoing crises, and the number of electoral votes. The states with a larger number of electors are crucial for the battle for the presidency in America.

What is an electoral college?

When Americans go to the polls, they won’t be technically voting for Donald Trump or Joe Biden directly. The citizens will vote for the electoral college, also known as the electors.

Remember the 2016 election? Donald Trump became the President of the United States despite getting almost 3 million fewer votes than Hillary Clinton.

Each state has a specific number of electors, based on the population. The candidate which wins the popular votes in a state will get the support of all the electors of that particular state. So, if a candidate wins a state with the highest number of electors, even if it a razor-thin win, he will receive all the electoral votes of that state. Therefore, it is possible for a candidate to lose the popular vote across the country and still win the presidency.

This year, there are 538 electors and the winning presidential candidate will require a majority of at least 270 votes. The experts & campaign teams had identified 6 core battleground states in 2020, on the basis of the electoral college and the ongoing political crises. But with the election day inching closer the S.S. Electoral map is undergoing a series of changes with a dozen states showing sharp swings. At the last stretch of the biggest election battle of the year, the campaign teams are focusing on Wisconsin, Iowa, Pennsylvania, Minnesota, Nevada, Michigan, New Hampshire, Arizona, Georgia, and Ohio.

Most of these states have historically been unpredictable, swinging from one party to another. These are the reasons why the candidates focus on the battleground states rather than a nation-wide campaign. In 2016, two-thirds of the campaign events were held in just six states. So, every election year, these battleground states play a crucial role in electing a president.