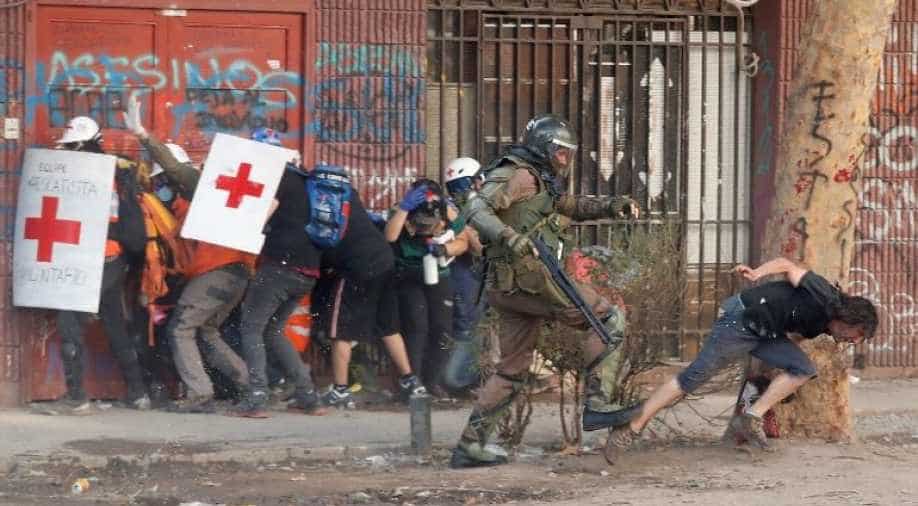 A wave of social protests since October 18 has left 22 people dead and more than 2,000 injured

Chile's child protection agency announced Wednesday it had received 327 complaints against security forces for violating the rights of children and adolescents during a month of social unrest.

A wave of social protests since October 18 has left 22 people dead and more than 2,000 injured, some 200 seriously, according to prosecutors.

Patricia Munoz, who leads an agency created by the government to protect children's rights, said her office "received 327 complaints for violations of the fundamental rights of children and adolescents because of the crisis."

Munoz criticized the police and said there had been many cases of children "injured in the context of everyday life, such as when going out to buy bread with their mother."

Watch: After several weeks of protest, Chilean lawmakers agree on a referendum

"We are talking about children who were not even participating in demonstrations, which makes the police behaviour even more serious," Munoz told a press conference.

She indicated she will take legal action in cases where it had not already been initiated by another agency.

The National Institute of Human Rights, another public body, has filed another 384 complaints of human rights violations by security forces against protesters.

Amid an outcry over eye injuries suffered by more than 200 demonstrators, Chile's police on Tuesday suspended the use of birdshot against protesters.