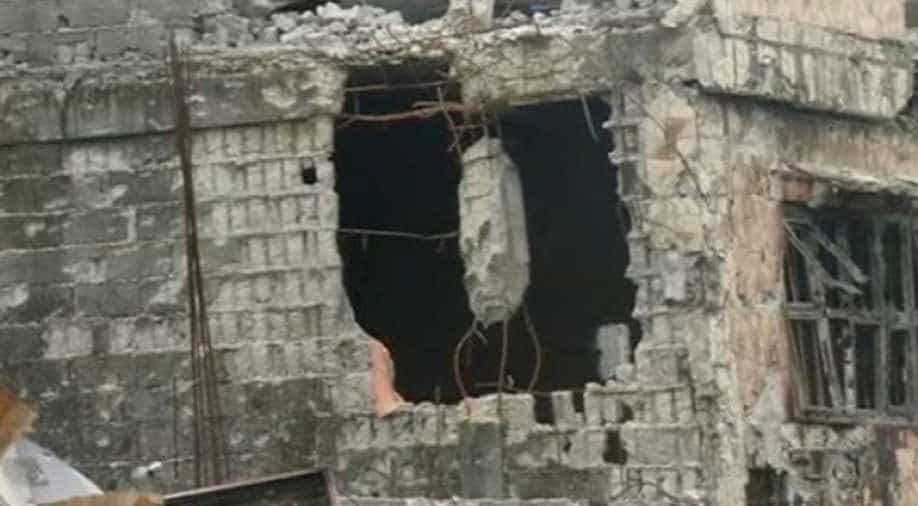 An illustration showing a damaged building in Marawi. Photograph:( Reuters )

President Rodrigo Duterte has deployed thousands of troops and imposed martial law across the southern third of the country to deal with the crisis.

The Philippine military said Sunday it had captured the command centre of Islamic State group supporters who have besieged a southern city for nearly four months.

Security forces have engaged in ferocious street-to-street combat and launched airstrikes in their efforts to expel the fighters from Marawi, in a battle that has left 800 dead and raised fears that IS is looking to establish a Southeast Asian base in the Philippines.

The military said it had captured the militants' control centre in a deadly operation that began Saturday against a mosque and another building.

"As follow up and clearing operations continue, we expect the enemy to yield more previously occupied positions, but not without a fight," he said. "We are ready for that."

Colonel Romeo Brawner, deputy commander of the task force battling the militants, said the military had encountered some of the heaviest resistance in recovering the mosque.

Its capture may be a sign that the prolonged fighting with the Maute militant group, whose leaders have pledged allegiance to IS, may be nearing a conclusion, he said.

"We believe we are close to the end. The area where the Maute terrorist group can move is shrinking. We noticed that their resistance is weakening," Brawner told AFP.

"They are retreating while we are assaulting but in the process of doing so, we are encountering many improvised explosive devices so we cannot just advance. We have to be very careful," he said.

One soldier was killed and seven others were wounded in the battle, he said.

Brawner said they had hoped to rescue numerous civilian hostages when they captured the mosque but they found no one.

In the once-bustling city, gunfire could still be heard ringing out in the distance as troops backed by armoured vehicles, pressed towards militant positions.

The rubble-strewn streets of Marawi were practically empty except for scores of heavily armed soldiers securing the area. Philippine aircraft and an American P-3 Orion spyplane flew above the city.

Hundreds of armed extremists flying the black flag of the Islamic State movement in the Middle East occupied Marawi, the Islamic capital of the mainly Catholic Philippines, on May 23.

The government said 666 militants, at least 147 government troops and 47 civilians have since been killed in the battle, which has forced thousands to flee their homes.

Brawner said the ringleaders of the siege are still believed to be inside Marawi, adding that the military was determined to hunt them down.

"We do not want this to happen again in any other city in the Philippines," he said.

President Rodrigo Duterte has deployed thousands of troops and imposed martial law across the southern third of the country to deal with the crisis.