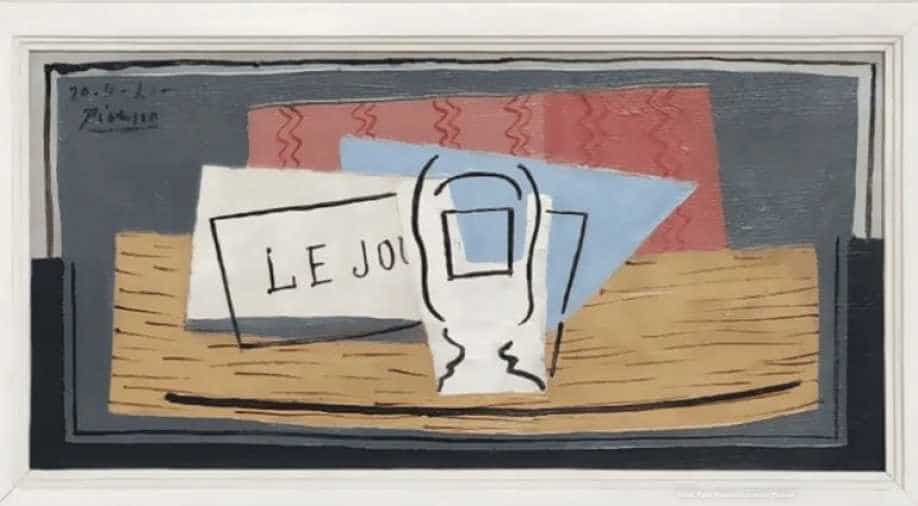 The raffle is open to people around the world, with a total of 200,000 tickets available.

People can now transform their dream of owning a Picasso painting into a reality.

Art lovers are being given the chance to own a painting called "Nature Morte" (still life) by the legendary artist by buying a charity raffle ticket worth $108.

The painting is worth approximately $1 million.

Also read: Picasso's 'Golden muse' painting, estimated worth up to US$45 million, unveiled in Hong Kong

The raffle is open to people around the world, with a total of 200,000 tickets available.
It has been organized by "Aider Les Autres" (Help Others), a non-profit organisation that was the brainchild of French TV show host and producer Péri Cochin.

The raffle will be drawn in March.

The painting is an oil on canvas painting measuring 9 inches by 18 inches and was painted by Picasso in 1921.
It was once owned by English Surrealist artist Gordon Onslow Ford and is currently on show at the entrance of the Picasso Museum in Paris.
It will remain there until the day of the draw, March 30, the organizer said in a press release.
Profits from the auction will go to the CARE international nonprofit organization, to provide clean water for 200,000 people in Cameroon, Madagascar and Morocco.