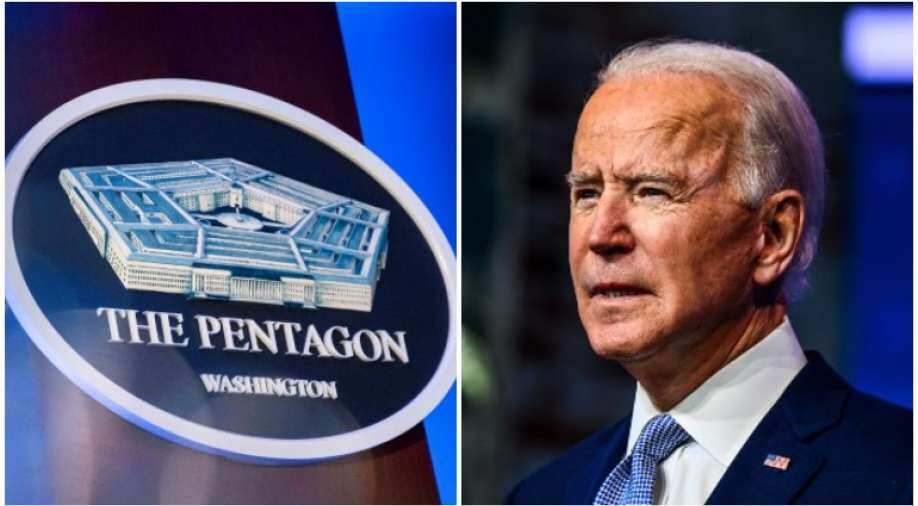 Pentagon denied allegations that it was deliberately delaying commencement of the meetings Photograph:( WION Web Team )

Pentagon on Sunday said that officials of its intelligence agencies will begin meeting members of US President-elect Joe Biden's transition team. Pentagon denied allegations that it was deliberately delaying commencement of the meetings. Washington Post has published a report on December 4 saying that Trump administration did not allow Biden's team to meet intelligence officials and US Defence Department "rejected" or "did not approve" requests for the meeting.

Pentagon released a statement and denied the allegations and said that it was fully cooperating with the President-elect's team.

“The accusation by anonymous sources that DoD has not been fulfilling its commitment to professionally assist any of the Agency Review Teams is demonstrably false and patently insulting,” said the statement.

Donald Trump is yet to concede defeat in US Presidential Election 2020. He has continued levelling baseless charges of election fraud without presenting any evidence. In spite of suffering legal setbacks in number of courts in the US, Trump has chosen to repeat his allegations.

Even at his first post-poll rally in Georgia on Sunday (Indian Time) Trump said that he was going to win the presidential election.

"It's rigged. It's a fixed deal," he said of President-elect Joe Biden's victory.