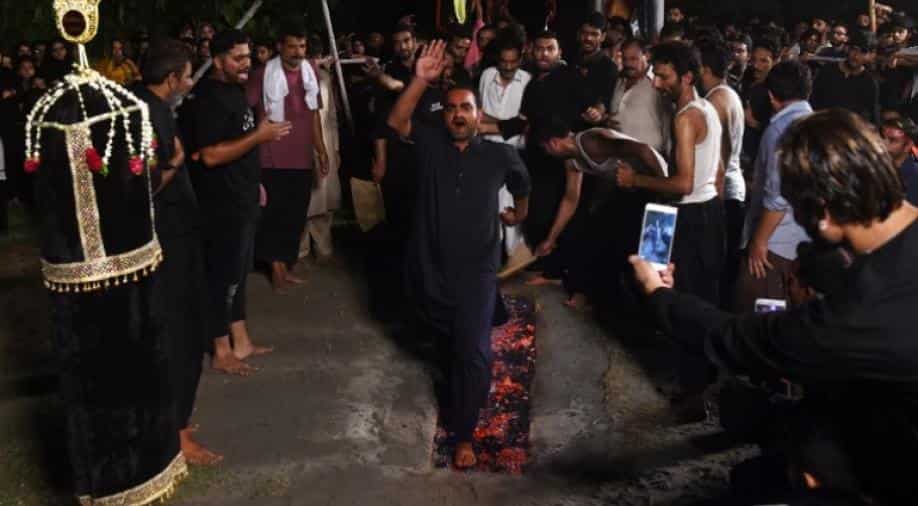 People visit an auction of government-owned used cars at the premises of Prime Minister House in Islamabad, Pakistan Photograph:( Reuters )

Lower-than-expected sales in an auction of Pakistani government vehicles have dealt another early setback to new Prime Minister Imran Khan's populist vow to raise quick revenues through cost-cutting, a campaign that has drawn both praise and ridicule.

The auction on Monday raised about 200 million rupees ($1.6 million), government official Mohammad Asif told local Geo TV. That is just one-tenth of the amount he had predicted, and only 61 of just over 100 vehicles were sold.

The event had been billed as part of Khan's drive to give "the nation's wealth to its rightful owners". Critics say most of the measures so far are more symbolism than significant savings.

Former cricket star Khan, 65, took office last month after an election campaign in which he railed against what he denounced as corruption and waste by the two main political parties that ruled for than 50 years in between periods of military rule.

"It is a change of mindset," he said in a speech on Friday. "I will be counting every single rupee I have to spend on me."

Khan's campaign, however, has been somewhat undercut by his near-daily helicopter commute from his home in the hills surrounding Islamabad.

Critics say the cost-cutting so far has been mostly cosmetic. "There is nothing new in the current austerity drive," said political commentator Raza Rumi.

Auctions of ageing government vehicles, for example, have taken place for years, with less publicity.

Nearly three-quarters of the 101 vehicles on offer on Monday were more than 10 years old. Two were 32-year-old Toyota Corollas.

And the total sales indicated little interest for the event's showcase items - bullet-proof Mercedes estimated at about $1.5 million each.

The auction revenue is dwarfed by the government's fiscal deficit, projected this year for 1.7 trillion rupees.

However, information minister, Fawad Chaudhry, said even symbolic steps were important for building national unity and small savings could add up.

"If you try to see its effect on the GDP, it is small, but in numbers, it is not small," Chaudhry told Reuters.

Still, reaction to the new government's austerity drive has been mixed.

When Foreign Minister Shah Mehmood Qureshi announced he would not fly first class, only business class, while abroad, many pointed out this was already the case under the previous government for most trips.

Other early ideas - to cut some 500 staff from Prime Minister House and establish a six-day work week for civil servants - were shelved as unworkable.

In particular, Khan has been mocked for taking a helicopter into Islamabad most days, after declaring he would eschew luxury perks.

Information Minister Chaudhry argued that the helicopter uses less fuel than a motorcade, saying at one point it cost only 50 rupees (40 cents) per kilometre.

"Why don't you stop metro bus service and instead let people enjoy the cheap helicopter rides?" quipped a TV host.

Optics aside, analysts say Pakistan will have to take more painful policy cuts in government spending to truly reduce the deficit. The new government on Monday did raise gas prices by 10 to 20 percent.

A further indication of a wider austerity policy is likely to come on Tuesday, when Finance Minister Asad Umar announces revisions to the budget.

There were about 500 attendees at Monday's auction and some were happy to take the vehicles off the government's hands.

"They are saying the national coffers are empty. So, here, have my two cents,” Gul said.