No compensation, apology can undo that humiliation: Auckland woman tells WION after denied entry on plane owing to her weight 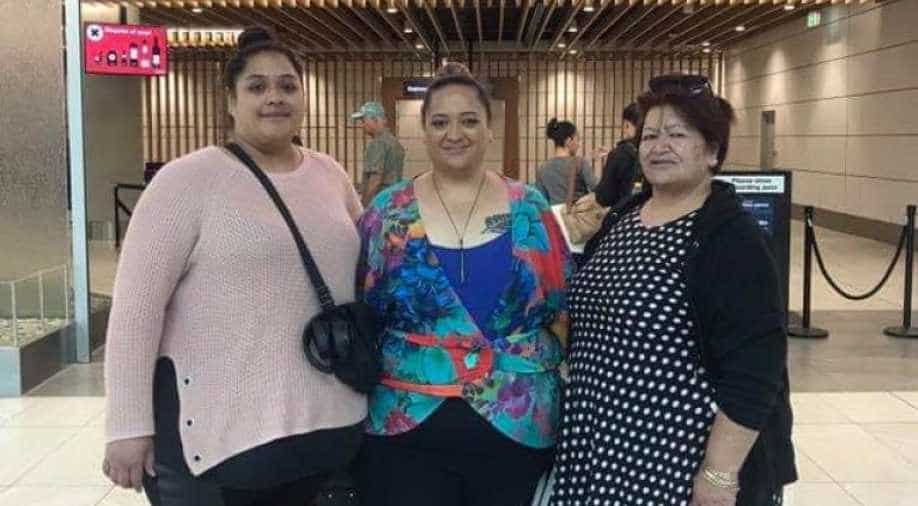 In an interview with WION, Huhana Iripa, 59, narrated how the whole incident happened on May 12, 2019.

An Auckland woman and her two daughters faced embarrassment when they were about to board their Thai Airways flight from Bangkok to Auckland.

Paid for a business class service, they were left humiliated by the services of the Thai Airways staff.

In an interview with WION, Huhana Iripa, 59, narrated how the whole incident happened on May 12, 2019.

"My daughters (Tere, 37, and Renell, 28) and I approached a business class counter. A gentleman asked us how can he help? My youngest daughter Renell replied; 'we are checking in'. Before handing our passports over, he abruptly informed us that we were not eligible to board the plane subject to our size. We reacted immediately. By this time two other Thai staff asked us what was going on? Again Renell repeated herself. The gentleman bluntly told us we were too big to board their plane".

"When we asked for the manager, there were about five members surrounding us. Feeling frustrated and angry, the three of us demanded some service. The manager explained that the aircraft had two safety belts. The staff's opinion was that we will be unable to fit", said Iripa.

As the onlookers looked at them, the trio felt more humiliated as the manager pulled out a measuring tape and wrapped it around Renell.

"At this moment, I felt discriminated and disgusted with the Thai staff as they gathered around us talking in their native language, staring, pointing and shaking their heads. The measuring tape came my way. I told her to go away. We were sternly advised we needed to fit within a certain reading of the measuring tape for us to board the aircraft in the business class," said Iripa.

Renell retrieved the measuring tape as measured from shoulder to shoulder and hip to hip. It was very clear that Renell measurements were indeed within the specifications required. (around 56 inches).

"We found out that the Thai Airways had downsized the aircraft. When we boarded the aircraft in the economy class we noticed the business class was full. Three people were of large size and they sat comfortably in their seats", she added.

After such affliction, the family asked for full compensation from the airlines but only received the difference between the economy and the business class.

"After months of correspondence, we requested for a refund. Thai Airlines offered the difference between the economy and business class. My daughters and I called for a meeting with the airlines. We met with two representatives. The same offer was on the table. I recommended they should pay $2,650.00 in full. We also asked for a written apology - which we received - but it honestly had no meaning", Iripa told WION.

Iripa added that it was the first time that as adults they had experienced anything like this. She said that no compensation or apology had any effect on them given the kind of humiliation they were subjected to.