Olive Ridley turtles back at Mumbai beach after 20 years 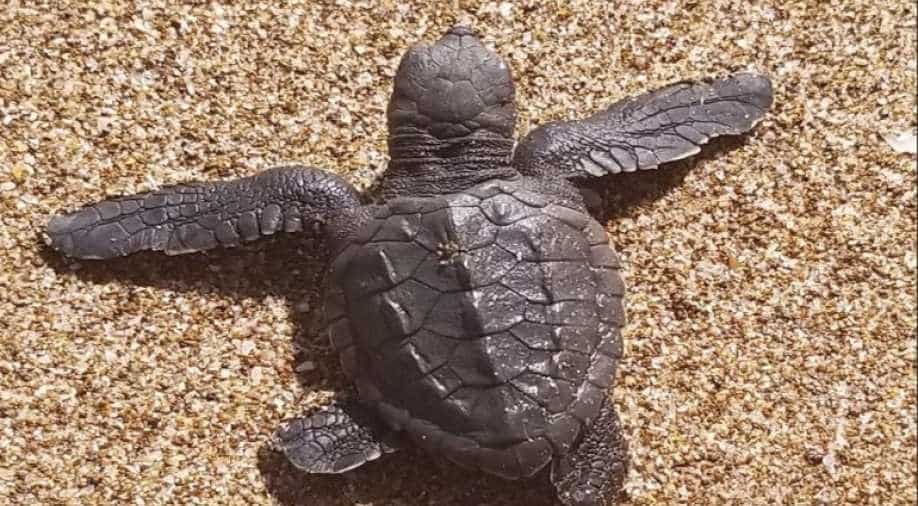 A group of volunteers engaged in a clean-up of the Versova beach here stumbled upon the sight of Olive Ridley hatchlings on the beach. Photograph:( Twitter )

Despite Mumbai's polluted beaches, the Olive Ridley turtles seem to have found one beach clean enough to nest, with around 80 hatchlings making their way to the Arabian Sea on Thursday.

A group of volunteers engaged in a clean-up of the Versova beach here stumbled upon the sight of Olive Ridley hatchlings on the beach. They called forest officials and ensured the turtles walked into the sea sans any hindrance.

Mumbai-based lawyer and environmentalist Afroz Shah, who initiated the beach clean-up drive in 2015, was present when the group noticed the hatchlings.

Yes yes .. We did it .. Thank you Afroz . Here is the journey . lovely Mumbaikars . we did . Urban cities getting our olive Ridley turtle back . pic.twitter.com/vg4ZJe5cTk

"We were told by officials that the last such sighting of Olive Ridley turtles on the beach was 20 years ago," Shah said.

N Vasudevan, additional principal chief conservator of forests, said, "We haven't noticed any nesting of turtles on Versova beach in the last several years. They normally lay eggs at places they feel safe and secure."

The forest official said there was a possibility that adult female tortoises came back to nest at the place they were born.

We got back Olive Ridley Sea Turtle after 20 years. Historic moment

Nested and Hatched at our beach. We facilitate their journey to ocean.

"In Maharashtra, we keep noticing sporadic nesting of Olive Ridley turtles, including on the Ratnagiri, Raigad and Palghar coast," Vasudevan told.

Shah described the news as "fantastic and a historic moment for Mumbai".

"The turtles nested and hatched at our beach. We facilitated their journey to the sea," he said, adding, that "constant cleaning of the beach helps marine species."

A volunteer, who was present at the Versova beach this morning, said, "I have witnessed something surreal today. A life-changing experience. Eighty Olive Ridley turtles walking back to the sea."

In July last year, an adult Olive Ridley turtle was rescued from Juhu beach in suburban Mumbai. Animal activists had rushed the turtle to a local vet clinic.

They can also be found in the warm waters of the Atlantic Ocean.