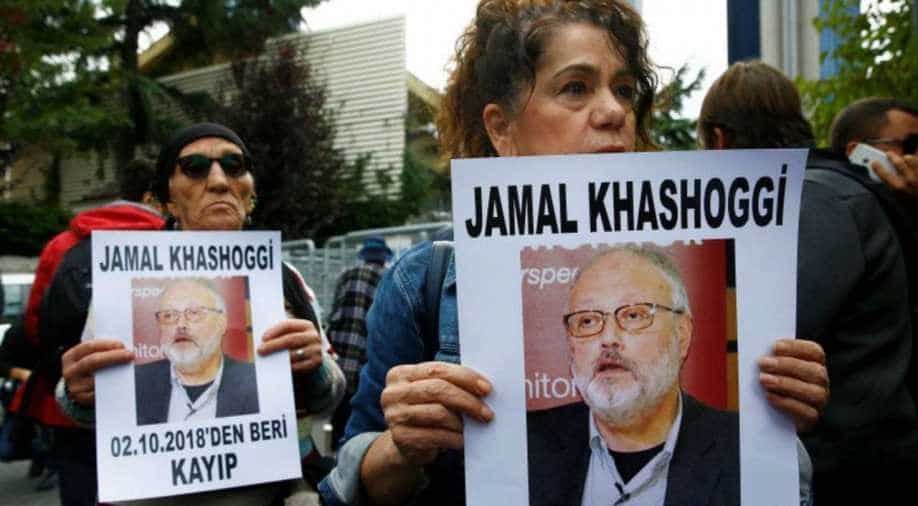 Erdogan has said the order to murder Khashoggi came from 'the highest levels' of the Saudi government but has never directly blamed Prince Mohammed.

Khashoggi, 59, was an insider-turned-critic who was killed inside the Saudi consulate in Istanbul on October 2, 2018 where he had gone to obtain documents for his wedding to Turkish fiancee Hatice Cengiz.

They were formally charged in March with "instigating the deliberate and monstrous killing, causing torment".

Eighteen other suspects, including intelligence operative Maher Mutreb who frequently travelled with the crown prince on foreign tours, forensic expert Salah al-Tubaigy and Fahad al-Balawi, a member of the Saudi royal guard, were charged with "deliberately and monstrously killing, causing torment".

The prosecutor has already issued arrest warrants for the suspects who are not in Turkey, so they face life terms without the likelihood of ever serving any conviction.

Cengiz, who is a complainant in the case, was attending the trial alongside the UN special rapporteur on extrajudicial, summary or arbitrary executions, Agnes Callamard.

Yasin Aktay, a close friend of Khashoggi and advisor to Turkish President Recep Tayyip Erdogan's ruling party, was also in the courtroom.

Erdogan has said the order to murder Khashoggi came from "the highest levels" of the Saudi government but has never directly blamed Prince Mohammed.