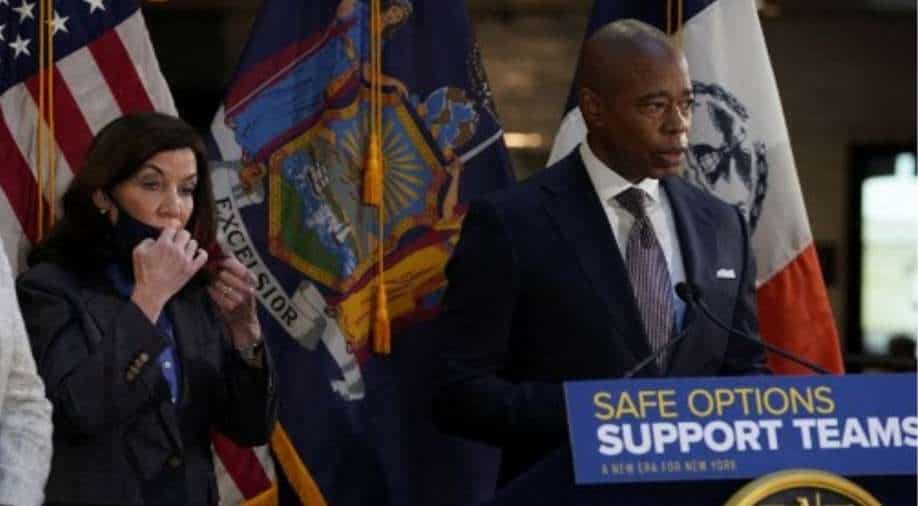 New York Mayor Eric Adams called the recent attack on police officers an attack on the entire city. The shooting in the Harlem neighbourhood left one police officer dead and another in critical condition on Friday (January 21).

Jason Rivera, who lost his life was a 22-year-old rookie officer. The gravely injured officer is fighting for his life in hospital.

The person who was accused of the shooting has been identified by the police as LaShawn McNeil, 47. Police informed that he was also shot but so far, his condition was not known.

When he was running for office, the cop-turned mayor had promised to improve public safety in America's largest city as gun violence is rising.

Adams also urged federal action on gun control while calling on New Yorkers to work with cops to stem the violence. "No matter how painful this moment is, don't give up on these people in this city," he said.

"It is our city against the killers!" he added.

“We are not going to win this battle by dividing lines between us,” he said. “We must save this city together," he said.

Tonight, we mourn Officer Jason Rivera. We pray for Officer Wilbert Mora. And we stand united as a city to end gun violence and make our streets safe for every New Yorker. pic.twitter.com/hJwV3RpGW1

This is a painful moment for our city. An 11-month-old baby shot in the face. A 22-year-old NYPD officer killed. I meant what I said last night: It will take all of us to stop this crisis. The work our violence interrupters are doing in the Bronx is critical to this fight. pic.twitter.com/TLHlp0juCR

The latest incident means a total of four New York City police officers have been shot this week.

In recent days, there is a spike in violent crime during the pandemic is an early challenge for Adams, who took over the helm of the city on January 1.