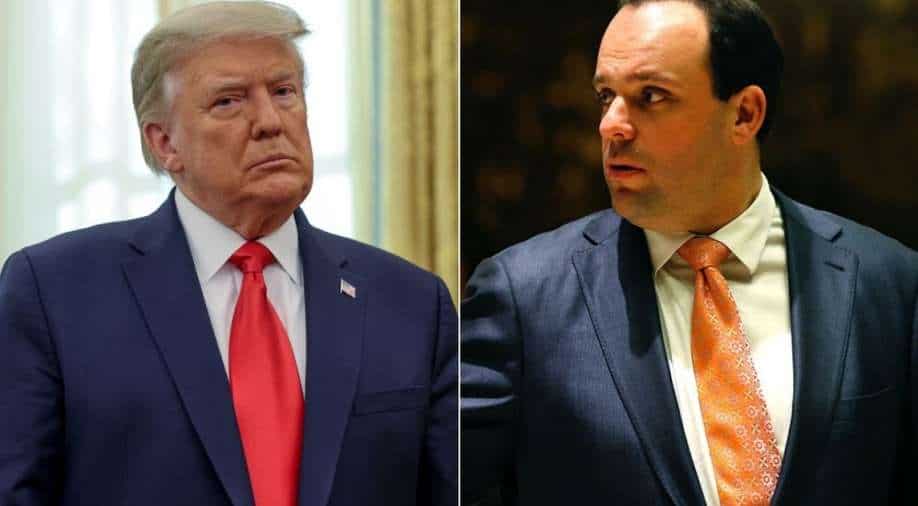 Congressional investigators are probing the violent attack a year ago on the US Capitol. Photograph:( Reuters )

Boris Epshteyn, who was a strategic adviser for former United States President Donald Trump's 2020 presidential campaign, has acknowledged having his role in efforts to legitimise the alleged pro-Trump electors.

The electors are said to be from states that current President of the US Joe Biden won.

"Is that something you ever worked on or would support, for example, in Michigan?" MSNBC host Ari Melber asked him.

In reply, Epshteyn said, "Yes, I was part of the process to make sure there were alternate electors for when, as we hoped, the challenges to the seated electors would be heard, and would be successful."

Epshteyn is a lawyer and after insisting that the electors were "alternate" and not "fraudulent electors."

Well, @BorisEP did say he was going on the show to talk about fraud. Who knew he was dumb enough to admit he was one of the ones to commit the fraud. Poor Boris Epshteyn. https://t.co/gb0TmFot6r

On MSNBC, Epshteyn discussed the failed MAGA plot to overturn the presidential election, the House Select Committee's probe into the US Capitol riot and the Trump campaign's fake electors plot.

On being asked about the fraudulent electors plot, Epshteyn talked about the Trump campaign's basic plan but insisted those involved were "alternate electors".

ALSO READ | How is Ivanka Trump involved in US Capitol assault probe? Panel asks her to cooperate

The congressional committee investigating the US Capitol riot issued subpoenas to Rudy Giuliani and three other allies of the defeated ex-president.

"The four individuals we've subpoenaed today advanced unsupported theories about election fraud, pushed efforts to overturn the election results, or were in direct contact with the former president about attempts to stop the counting of electoral votes," panel chairman Bennie Thompson said in a statement.

"We expect these individuals to join the nearly 400 witnesses who have spoken with the select committee as the committee works to get answers for the American people about the violent attack on our democracy."

Congressional investigators are probing the violent attack a year ago on the Capitol by supporters of then-president Trump.