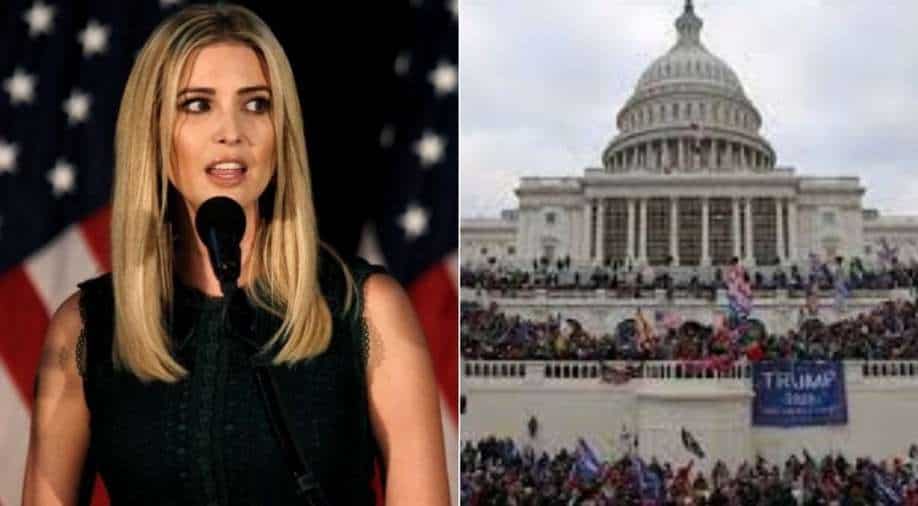 Ivanka Trump, daughter of the former US President Donald Trump has been asked to cooperate in the 2021 US Capitol assault investigation by the lawmakers with their inquiry.

On Thursday (January 20), the US House of Representatives panel probing the January 6, 2021 attacks on the US Capitol, requested an interview with Ivanka, who is also a former White House aide.

How is Ivanka Trump involved in the probe?

The panel told the 40-year-old businesswoman that there is evidence that she had pleaded with Donald Trump to call off the violence.

"Testimony obtained by the committee indicates that members of the White House staff requested your assistance on multiple occasions to intervene in an attempt to persuade President Trump to address the ongoing lawlessness and violence on Capitol Hill," chairman Bennie Thompson wrote to Ivanka.

As far as Ivanka is considered, her actions during the riots are treated as a "key focus" by the committee.

The panel said that Ivanka appears to have "direct knowledge" of her father's attempt to persuade former Vice President Mike Pence to stop the democratic counting of electoral votes.

As per the committee Ivanka "was present in the Oval Office" on January 6. She even observed a telephone conversation between her father and Pence.

Thompson added, "One of the president's discussions with the vice president occurred by phone on the morning of January 6. You were present in the Oval Office and observed at least one side of that telephone conversation."

A statement released by Ivanka Trump's spokesperson did not address whether she would cooperate with the committee's investigation.

"Ivanka Trump just learned that the January 6 Committee issued a public letter asking her to appear," a spokesperson for Ivanka Trump said in a statement.

The statement added, "As the Committee already knows, Ivanka did not speak at the January 6 rally." On the same very day, Ivanka had publicly stated that "any security breach or disrespect to our law enforcement is unacceptable. The violence must stop immediately. Please be peaceful."

What the committee is looking for?

So far, it has been understood that the investigators are looking into how the attack was planned and how it took place. They are also trying to find out to what extent Trump and his aides had a part in encouraging it.

The committee said it also wanted to ask whether her father made any effort to deploy federal agents or troops to end the January 6 violence, saying it so far has no evidence of that.

On January 6, hundreds of angry supporters of Donald Trump stormed the US Capitol in Washington DC, with an intention to overturn the 2020 presidential election results.

The rioters vandalised property, assaulted some of the lawmakers and they even occupied the building for several hours.