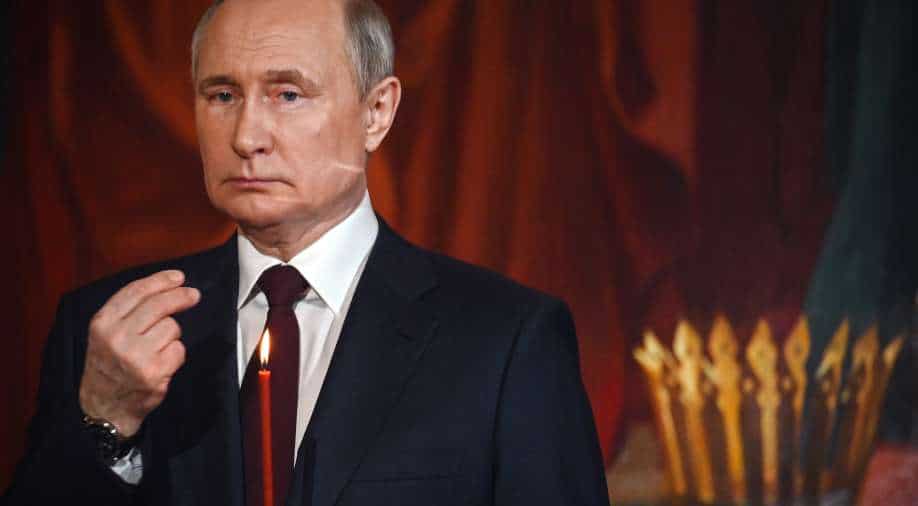 Many observers on Twitter said Putin’s actions are consistent with someone suffering from Parkinson's disease, which causes tremors, slow movement and stiffness

Is Vladimir Putin unwell? Some news outlets in the West are speculating that the health of the Russian president might be deteriorating after a video of him appearing fidgety and unsteady during a church service went viral.

In the clip, the 69-year-old president—who reportedly has Parkinson’s or terminal cancer— appeared to chew the insides of his mouth while clutching a candle near the altar at a midnight mass for Orthodox Easter, The Sun reports.

A dry mouth can be a symptom of Parkinson's Disease, noted another British outlet The Daily Mail.

The clip has sparked fresh speculations about his health, which has reportedly deteriorated since the Russian invasion of Ukraine on 24 February.

It came days after Putin was seen gripping a table and tapping his foot in the video that Kremlin watchers claimed showed a drastic decline in his physical state, reports the Independent.

Anders Aslund, an author and former adviser on Russia and Ukraine, said that both men looked like they were not in good health.

The New York Post has even reported that the Russian President looked noticeably bloated when he posed for photographs at an awards ceremony for the country's Olympic athletes.

Putin was not looking at all well today. People have particularly noted his hunched position and the fact he never let go of the table during the entire 12-minute meeting with Shoigu. (Source: @SvobodaRadio.) pic.twitter.com/cjPyNh0l9F

Apart from that that there was another recording where his hand seemed to quiver before he holds it closer to his chest.

Many observers on Twitter said Putin’s actions are consistent with someone suffering from Parkinson's disease, which causes tremors, slow movement and stiffness.

But Moscow has repeatedly denied reports that the Russian leader has suffered from severe ill health.

Earlier this month, Kremlin spokesman Dmitry Peskov denied that Putin had undergone surgery for thyroid cancer, and said that the president’s health was “excellent” and that he had not dealt with any illness more serious than a cold.

Watch | Russia agrees to cooperate with UN, Putin says he is 'hopeful' that talks will help