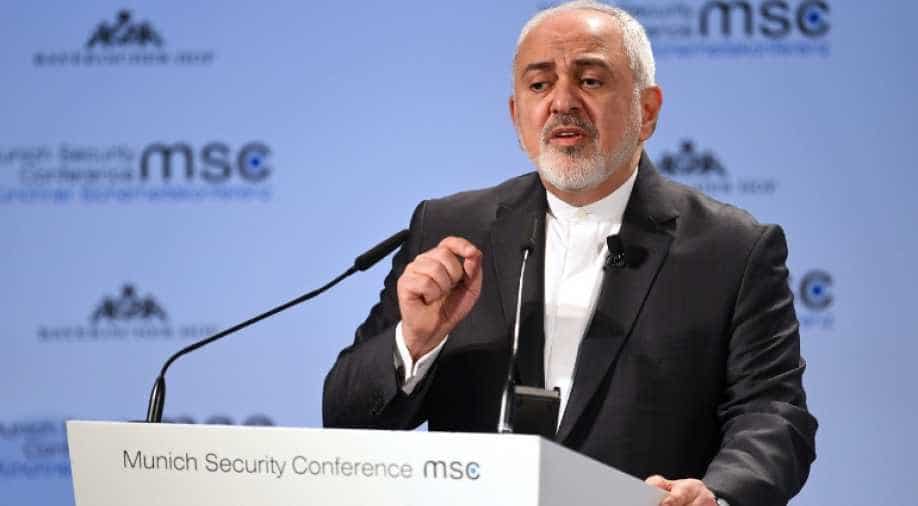 'Many thanks for the generosity of the dear and brave people of Iran and its authorities over the past 67 months,' Mohammad Javad Zarif said.

"Many thanks for the generosity of the dear and brave people of Iran and its authorities over the past 67 months. I sincerely apologise for the inability to continue serving and for all the shortcomings during my service. Be happy and worthy", he wrote on his Instagram page.

He gave no specific reasons for his decision.

Zarif played the lead role in striking the deal under which Iran agreed to curbs on its nuclear programme in return for the lifting of international financial sanctions.

He came under attack from anti-Western hardliners in Iran after the United States pulled out of the agreement last May and reimposed sanctions on Iran's economy and its lifeblood oil industry that were lifted under the deal.

US Secretary of State Mike Pompeo, in a post on Twitter, dismissed Zarif and Iranian President Hassan Rouhani as "front men for a corrupt religious mafia."

"Our policy is unchanged - the regime must behave like a normal country and respect its people", Pompeo said.

A spokesman for the Iranian Mission to the United Nations, Alireza Miryousefi, confirmed the announcement of the resignation. There was no immediate word, however, on whether Rouhani would accept it.

If accepted, Zarif's resignation will further weaken pragmatist Rouhani, who is facing mounting pressure from his hardline rivals over the handling of Iran’s economic struggles.

Born in 1960, Zarif lived in the United States from the age of 17 as a student in San Francisco and Denver, and subsequently as a diplomat to the United Nations in New York, where he served as Iranian ambassador from 2002-07.

He was appointed a minister of foreign affairs in August 2013 after Rouhani won the presidency in a landslide on a promise to open up Iran to the outside world.

Although Rouhani, as the president, is responsible for choosing ministers, Iran's top authority Supreme Leader Ayatollah Ali Khamenei traditionally has the last say over appointment of key ministers, including the foreign minister.

Since taking charge of Iran's nuclear talks with major powers in late 2013, Zarif has been summoned to parliament several times by hardline lawmakers to explain about the negotiations.

In February 2014 he caused an uproar with public comments condemning the Holocaust and was subsequently summoned to parliament. Holocaust denial has been a staple of public speeches in Iran for decades.

Some hardliners even threatened Zarif with bodily harm after the nuclear deal was signed. Khamenei, guardedly backed the deal, under which Iran agreed to curb its sensitive nuclear work.

A former commander of Iran's hardline Revolutionary Guards Corps, Hassan Abbasi, said in a speech earlier this month he believed Iranian people would spit on Zarif and those officials who supported the nuclear pact with powers.