Indians knew the use of iron 4200 years ago: Excavations in Tamil Nadu show 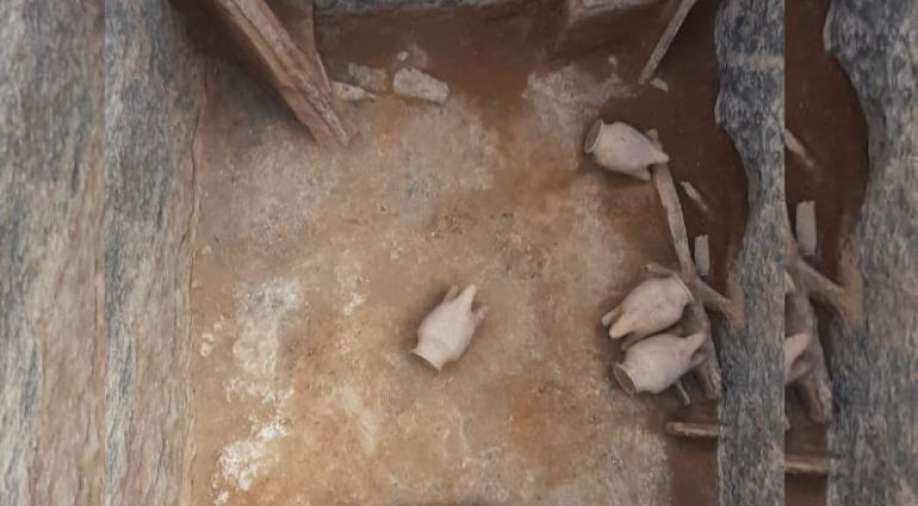 Archaeological excavations in Mayiladumparai have found that the date of iron artefacts unearthed ‘ranges from 2172 BCE to 1615 BCE’. Photograph:( Twitter )

This is also a clear solution to queries about the origins of agrarian civilization in Tamil Nadu, according to Stalin, who noted that farming activities began following the discovery of iron's uses.

The Iron Age in the Southern Indian state of Tamil Nadu stretches back 4,200 years, according to iron implements discovered during excavations in a small hamlet named Mayiladumparai, potentially making it the oldest in India for the time being.

Previously, the Iron Age burial site of Adichanallur in southern Tamil Nadu yielded an outstanding collection of iron implements dated between 1000 BCE and 600 BCE, which are now kept in Chennai's Egmore Museum.

Chief Minister MK Stalin announced in the state Assembly on Monday, May 9, that radiocarbon dating of excavations from Mayiladumparai in Krishnagiri district confirmed that iron was used in Tamil Nadu as early as 2172 BCE — or 4,200 years ago — making it the oldest iron age site currently found in India.

Among the banging of desks by MLAs, he said the result confirmed that iron was in use in Tamil Nadu as long as 4,200 years ago.

This is also a clear solution to queries about the origins of agrarian civilization in Tamil Nadu, according to Stalin, who noted that farming activities began following the discovery of iron's uses.

Other significant discoveries include evidence that the late Neolithic period in Tamil Nadu began before 2200 BCE, based on a cultural deposit 25 cm below the dated level.

Archaeologists also discovered that black and red ware pottery were introduced during the late Neolithic period, rather than the Iron Age, as previously thought.