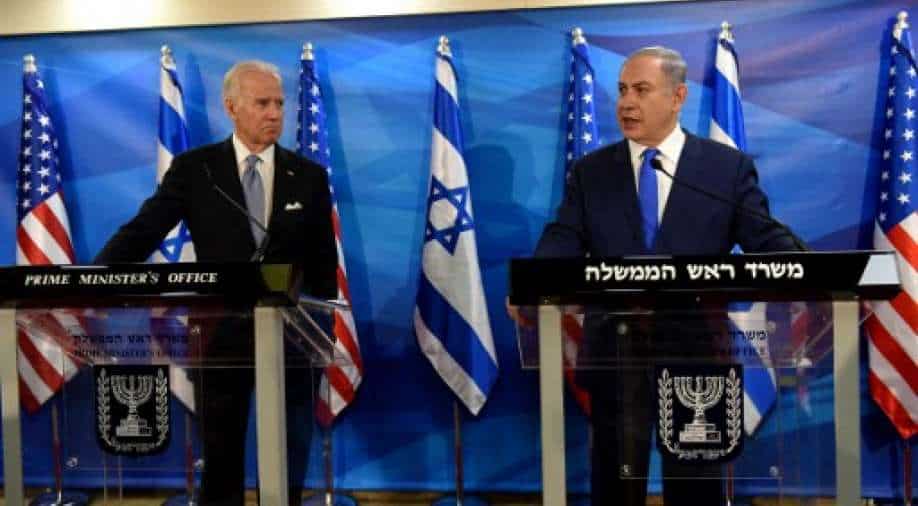 Biden with PM Benjamin Netanyahu in Jerusalem in 2016 Photograph:( AFP )

Despite Israel's special relationship with the United States, Netanyahu was one of the last foreign leaders to get a call from President Biden.

US President Joe Biden and Israeli Prime Minister Benjamin Netanyahu spoke on the phone for the first time since the change in administration in Washington stressing on close ties which lasted nearly an hour.

Israel said the two leaders "discussed the future advancement of the peace accords, the Iranian threat and regional challenges, and agreed to continue their dialogue."

Despite Israel's special relationship with the United States, the Israeli prime minister was one of the last foreign leaders to get a call from President Biden.

"Biden affirmed his personal history of steadfast commitment to Israel's security and conveyed his intent to strengthen all aspects of the US-Israel partnership, including our strong defense cooperation," the White House asserted.

Netanyahu had earlier acknowledged differences with Biden over Iranian and Palestinian issues, however he asserted that "we also have many things we agree on and the alliance is very strong."

The White House had denied that the US president was intentionally snubbing the Israeli prime minister by failing to include him in phone calls to foreign leaders since the new administration took over on January 20.