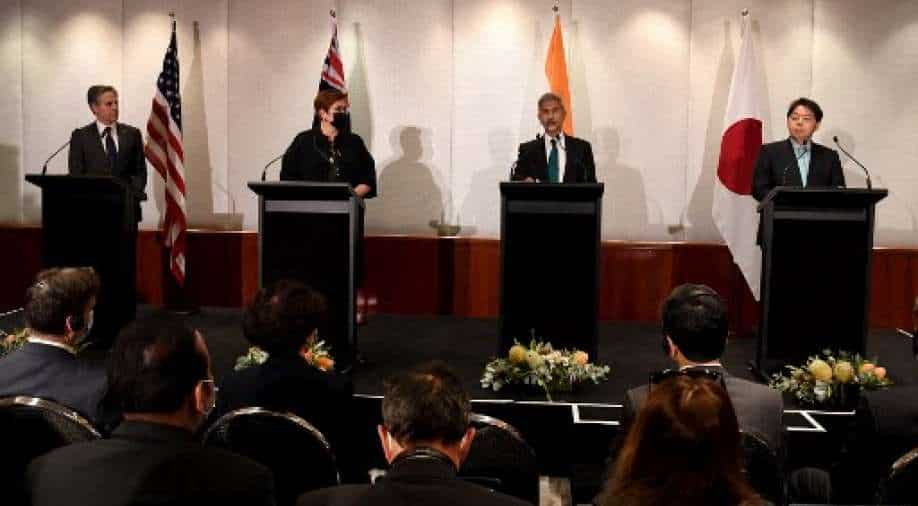 In the fourth edition of the Quad meet on Friday, foreign ministers of India, the United States, Japan, and Australia sent out a stern message against those indulging in cross border terrorism and threatening to disrupt peace and stability in the Indo-Pacific region.

They also condemned North Korea’s destabilising ballistic missile launches, which it said were in violation of the UN Security Council Resolutions (UNSCR).

The highlight of the joint statement was that though North Korea was named explicitly, the remarks bore thinly veiled references to China and Pakistan.

Without naming Pakistan, the statement issued after the meeting called upon all countries to ensure that territory under their control is not used to launch terror attacks and denounced terrorist attacks in India, including the 26/11 Mumbai and Pathankot attacks.

“We denounce the use of terrorist proxies for cross-border terrorism and urge countries to work together to eliminate terrorist safe havens; disrupt terrorist networks and the infrastructure and financial channels which sustain them, and halt the cross-border movement of terrorists,” the ministers said.

The statement highlighted India’s concerns that it had been a victim of cross-border terrorism.

In India’s northern Pathankot province, seven security personnel were killed during a terror attack at the air force base in 2016.

In Mumbai, more than 166 people were killed when a group of armed terrorists launched an attack in India’s financial capital.

In both the incidents, terrorists from Pakistan-based outfits Lashkar-e-Tayyiba and Jaish-e-Mohammed (JeM) carried out the dastardly attack.

Apart from that, all the members also agreed that Afghanistan must be stopped from becoming a terrorist safe haven.

In the meeting, the Quad members also reaffirmed their commitment to a free and open Indo-Pacific—"a region which is inclusive and resilient, and in which states strive to protect the interests of their people, free from coercion,” the statement said.

The reference to coercion is seen as a veiled message to China that has been increasing its military muscle-flexing in the Indo-Pacific.

The Japanese foreign minister said that the next Quad Leaders' Summit will take place in Japan in the first half of 2022.