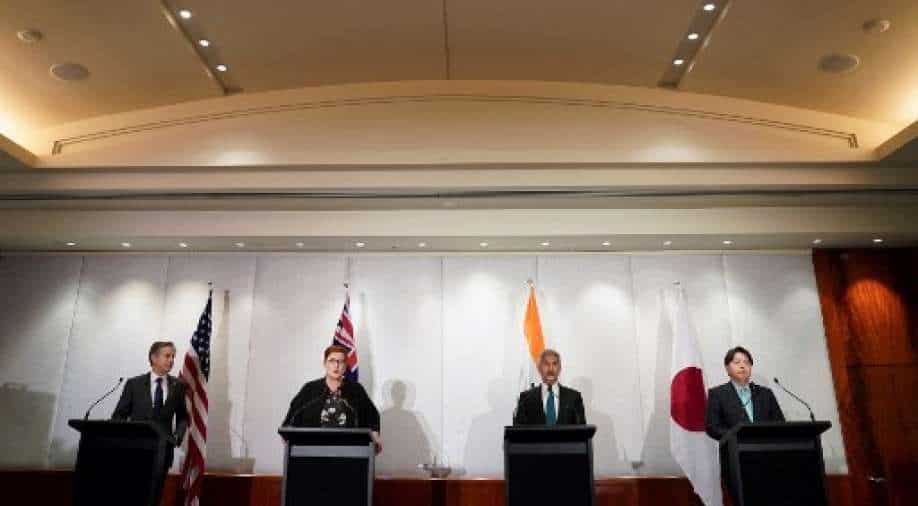 The foreign ministers of the Quad members— India, Australia, Japan and the US — also agreed to expedite the delivery of Covid vaccines in the Indo-Pacific region.

In a major boost to India's vaccine diplomacy, the first batch of the Indian manufactured Covid vaccines under the Quad group’s initiative would be rolled out in the first half of 2022, the group said in a statement on Friday.

The vaccine will be made by India's Biological E, the Quad grouping said.

"We are pleased with the Quad Vaccine Partnership's rapid progress in expanding vaccine production at the Biological E Ltd facility in India, which aims to deliver at least 1 billion vaccines by the end of 2022," a statement released after a meeting of Quad foreign ministers in the Australian city of Melbourne on Friday said.

The statement did not add further details on the quantities of vaccines, or which countries they would go to first.

During a meeting in Melbourne, the foreign ministers of the Quad members— India, Australia, Japan and the US — also agreed to expedite the delivery of Covid vaccines in the Indo-Pacific region.

India’s External Affairs Minister S Jaishankar said at a media briefing that it was agreed to expedite the delivery of safe and affordable vaccines, support capacity building and augment infrastructure for last-mile delivery.

In September last year, Indian Prime Minister Narendra Modi told Quad leaders that the country, the largest producers of vaccines in the world, would allow the export of 8 million COVID-19 vaccines by end of October 2021.

“We look forward to the delivery of the first batch of Quad-supported vaccines in the first half of this year. We are assisting to train healthcare workers, combat vaccine hesitancy and augment infrastructure, especially cold chain systems, for ‘last mile’ vaccine delivery,” the statement said.