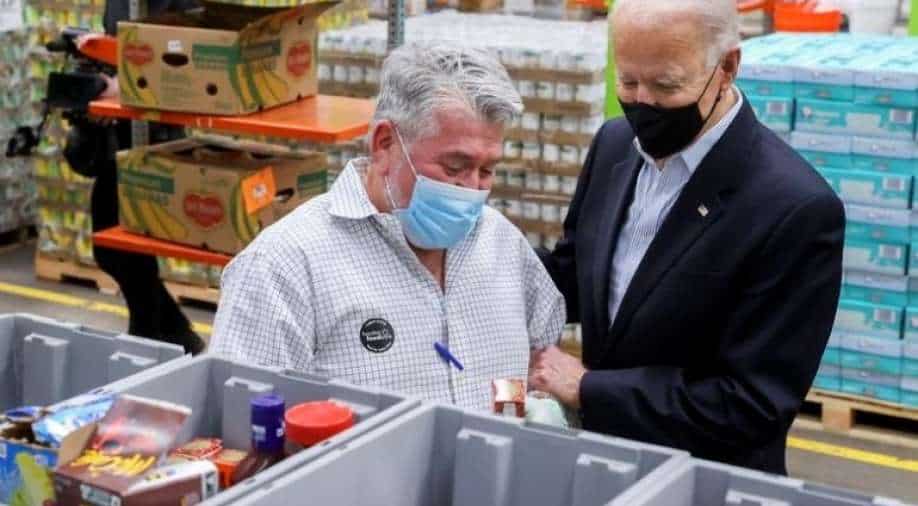 The US President Joe Biden made good of his word and visited the snow storm-stuck state of Texas on Friday. Marking his first official trip to the state, Biden offered comfort and federal relief to the storm-hit state.

The President was accompanied by the First Lady of the United States (FLOTUS), Jill Biden, who toured the Houston Food Bank and helped package food and water for the ailing community.

"Jill and I wanted to visit Texas today for a couple reasons," Joe Biden said at a federal vaccination site at NRG stadium.

"First and foremost, to let the people of Texas know our prayers are with you in the aftermath of this winter storm. And secondly, to let you know ... that we will be true partners to help you recover and rebuild from the storm and this pandemic and the economic crisis. We're in it for the long haul," he added.

Biden also met and thanked a group of armed military personnel, applauding them for their unaltered service during such a difficult time for the state of Texas. He also appreciated their efforts of making sure the distribution of coronavirus vaccine does not get affected despite the heavy snowstorm in the state.

His trip to the state came almost a week after he approved a major disaster status for the state, which allowed Governor Greg Abbott to gain easy and quick access to federal relief funds for the state.

"It's a hell of an operations center, probably the best one in the country. Thank you for what you're doing," he told locals and Abbott.

Republican Governor Abbott also praised Biden, a Democrat, for quickly providing federal help to the state. "He did, he said yes before I even asked the question," he said.