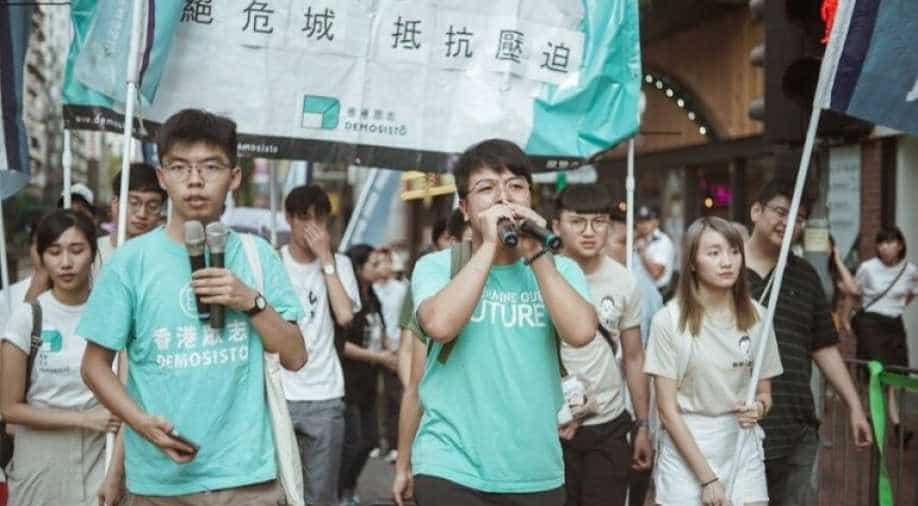 Demosisto was founded in 2016 as a political platform and sought to field candidates for legislative elections.

"After much internal deliberation, we have decided to disband and cease all operation as a group given the circumstances," Demosisto said on Twitter.

China had bypassed Hong Kong’s legislature to pass the law six weeks after announcing it. The law is set to criminalise secession, subversion, terrorism and foreign interference in Hong Kong.

The country had agreed before Britain handed Hong Kong in 1997 that it would let Hong Kong maintain certain liberties and autonomy until 2047, but critics say the national security law overlooks those liberties for Hong Kong citizens.

Hong Kong leader Carrie Lam had said that "it is not appropriate for me to comment on any questions related to the national security law."

Wong has said he will be a “prime target” of Beijing’s national security law, which critics fear will crush freedoms in the former British colony.

Demosisto was founded in 2016 as a political platform and sought to field candidates for legislative elections. However, its candidates were repeatedly barred from standing for election with authorities citing their stance on “self-determination” for the city.