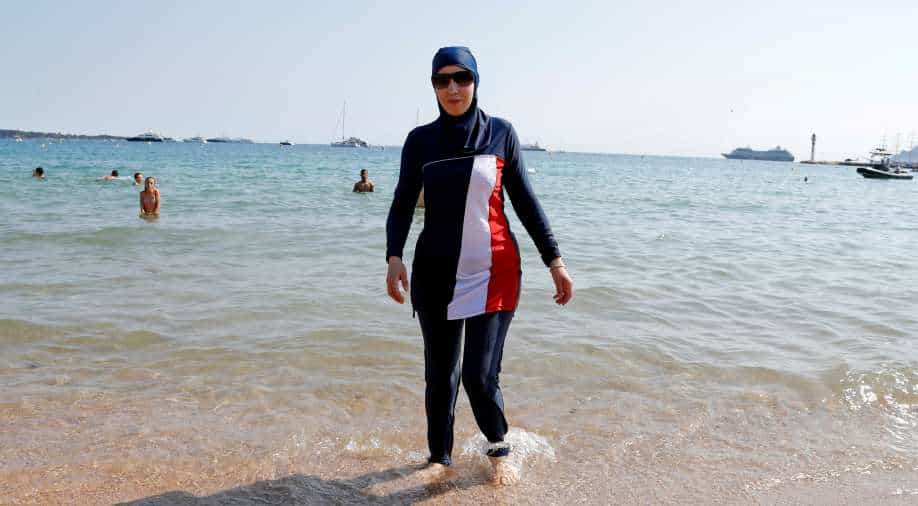 The all-in-one swimsuit, used by some Muslim women to cover their bodies and hair while swimming, is a controversial issue in France where critics see it as a symbol of creeping Islamisation.

The top court of France blocked an attempt by Grenoble mayor to allow "burkini" at municipal pools in the city, upholding a government challenge against a move that revived France's intense debate on Islam, as reported by AFP.

The all-in-one swimsuit, used by some Muslim women to cover their bodies and hair while swimming, is a controversial issue in France where critics see it as a symbol of creeping Islamisation.

Backing the national government's objection to the move,  the Conseil d'Etat said, "The new rules of procedure for the municipal swimming pools of Grenoble affect (...) the proper functioning of the public service, and undermines the equal treatment of users so that the neutrality of public service is compromised."

Led by Green party mayor Eric Piolle, Grenoble in May changed its swimming pool rules to allow all types of bathing suits and for women to bathe topless, where previously only traditional swimming costumes for women and trunks for men were authorised.

"All we want is for women and men to be able to dress how they want," Piolle said at the time.

The judges disagreed, finding that "contrary to the objective declared by the city of Grenoble, the change to the pool rules aimed only to authorise the wearing of the 'burkini'".

Tuesday's court decision was "a victory for the law against separatism, for secularism and beyond that, for the whole republic," Interior Minister Gerald Darmanin wrote on Twitter, referring to a law introduced last year to counter Islamic fundamentalism, as reported by AFP.

Also Read: Netanyahu claims ‘everyone is smiling’ at ‘fall of coalition’, outgoing members vow to block his comeback

France, which has the largest Muslim minority in Europe, estimated at 5 million, in 2010 introduced a ban on the full-face niqab and burqa veils in public.

Reuters reported that Muslim rights organisations in France have said that bans on burkinis restrict fundamental liberties and discriminate against Muslim women.