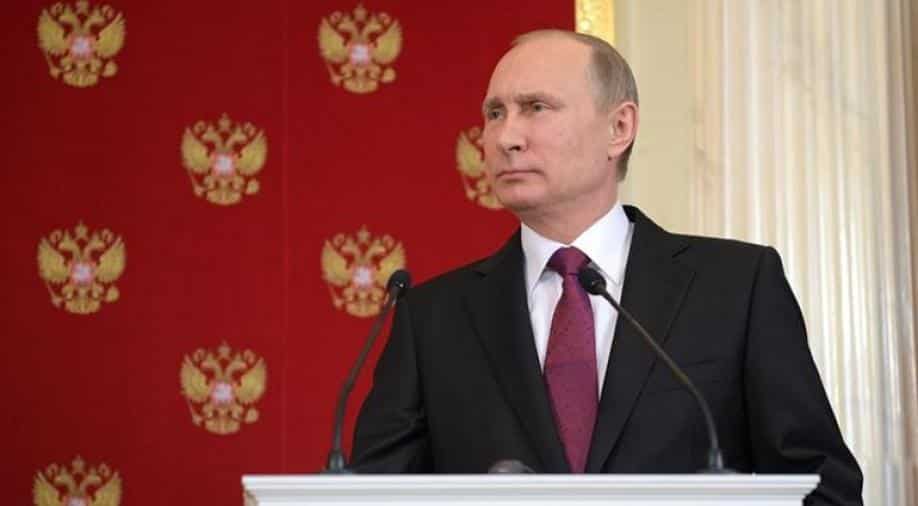 Putin also approved Dmitry Patrushev, son of former FSB chief Nikolai Patrushev, for the job of agriculture minister. He had previously been the chairman of the board of directors of Russian Agricultural Bank.

Russian President Vladimir Putin handed ministerial jobs to a former bodyguard and the son of an ex-intelligence chief on Friday, promoting trusted lieutenants with security ties at the start of what, under the constitution, will be his last term in office.

In a new Cabinet line-up approved by Putin, established big-hitters, such as veteran foreign minister Sergei Lavrov, kept their jobs, suggesting there would be little change of tack on policy in the new presidential term.

One new entrant to the Cabinet was Yevgeny Zinichev, 51, a former deputy director of the Federal Security Service (FSB), who becomes head of the high-profile emergencies ministry.

A biography carried by state-run media said he was born in St Petersburg, which is also Putin's home city. Then from 1987 to 2015 he served in the state security services, a similar career path to the one taken by Putin, himself a former KGB spy.

Zinichev's biography did not specify what jobs he held in the security services. However, multiple photographs of Putin at public events dating over several years show Zinichev standing at Putin's shoulder, or walking down the steps of his official plane a few steps after the Russian leader.

The only people allowed in such regular proximity to Putin at public events, apart from senior officials and aides, are his security detail.

Zinichev was briefly appointed acting governor of the Kaliningrad region in 2016, although he only served for a few months before leaving for what the Kremlin called family reasons. Russian media said he had struggled with the publicity demands of the job.

Putin also approved Dmitry Patrushev, son of former FSB chief Nikolai Patrushev, for the job of agriculture minister. He had previously been the chairman of the board of directors of Russian Agricultural Bank.

Nikolai Patrushev is also from St Petersburg and was a career intelligence officer before becoming head of the FSB, the main successor agency to the Soviet KGB. He is now Secretary of Putin's Security Council.

The two appointments illustrated how officials with intelligence ties have emerged under Putin at the core of a ruling caste, said Moscow-based political analyst Dmitry Oreshkin.

"They are forming a fairly closed ruling caste with support from the 'siloviks'," said Oreshkin, using a word to describe officials who have served in the security services.

Putin has in the past recruited intelligence officers and state bodyguards for official roles.

In 2016, Putin named Alexei Dyumin, who served in the Federal Guard Service (FSO), responsible for Kremlin security, as the governor overseeing Tula region south of Moscow.

The Cabinet appointments will be analysed by Kremlin-watchers for any indications that Putin could be grooming someone as a successor.

Sworn in for a new term this month after he won a March 18 presidential election, Putin, 65, can not under the constitution run again because of term limits. He is now on his second consecutive term, and the fourth in total.

Analysts say he may find a way to de facto retain power after his term ends in 2024, or could seek to anoint a successor. Putin, though, has given no indication he wants to do that, or of who that person might be.

Dmitry Medvedev, whom Putin had already reappointed as prime minister, unveiled the new cabinet at a meeting with Putin in the Black Sea resort of Sochi.

Most of the incumbents kept their jobs, among them Foreign Minister Lavrov, Defence Minister Sergei Shoigu, and Alexander Novak, the energy minister who helped mastermind a global deal to prop up crude oil prices.

Maxim Oreshkin, named economy minister in late 2016, will retain his job, as will trade and industry minister Denis Manturov, and Sports Minister Pavel Kolobkov. His role is under the spotlight because Russia is hosting the soccer World Cup next month.

The currency market reacted negatively to the appointments in the minutes after the lineup was unveiled.&nbspThe rouble pared gains and weakened to 62.19 versus the dollar from levels of 62.08 seen before the announcement.