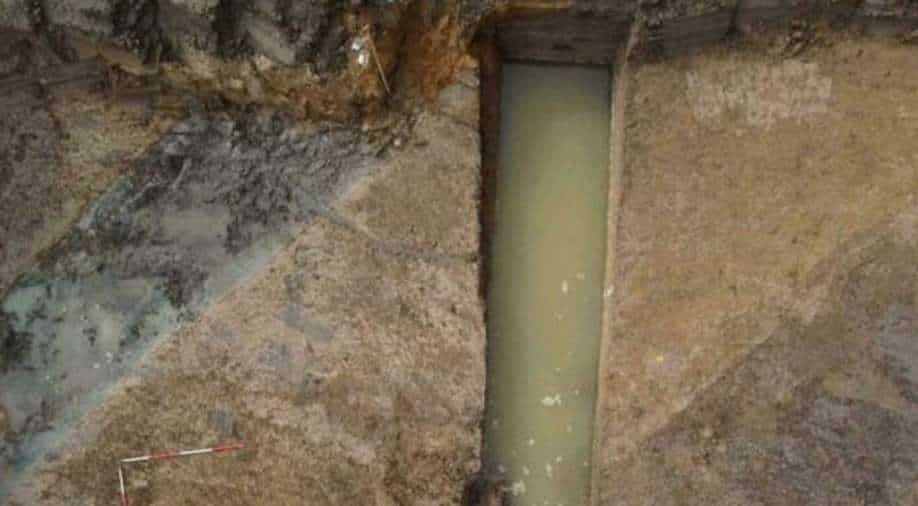 A Roman-era canal was discovered in Oosterhout, in the eastern Netherlands, along with a road, both from around 2,000 years ago. Photograph:( AFP )

The canal and road were uncovered last week near the eastern city of Nijmegen, a major Roman-era settlement with permanent military bases that were awarded the UNESCO status.

Dutch archaeologists said on Wednesday they have unearthed a Roman canal and road near ancient military camps that were this week listed on UNESCO's list of World Heritage sites.

The canal — more than 10 metres (33 feet) wide — and road were uncovered last week near the eastern city of Nijmegen, a major Roman-era settlement with permanent military bases that were awarded the UNESCO status.

They are believed to have been built and used by the Roman military, according to RAAP, the country's largest consultancy for archaeology and cultural history.

Nijmegen is on the Rhine, the border of the Roman Empire at the time, it said in a statement, adding that the discovery was "unique" for that region of the country.

Many Roman soldiers were stationed along the river and the canal probably linked Nijmegen and the Rhine and was used to transport troops, supplies and building materials.

The Roman highway, with its original gravel pavement preserved, provides new insight into the road network of around 2,000 years ago, Eric Noord, who is leading the project, told AFP.