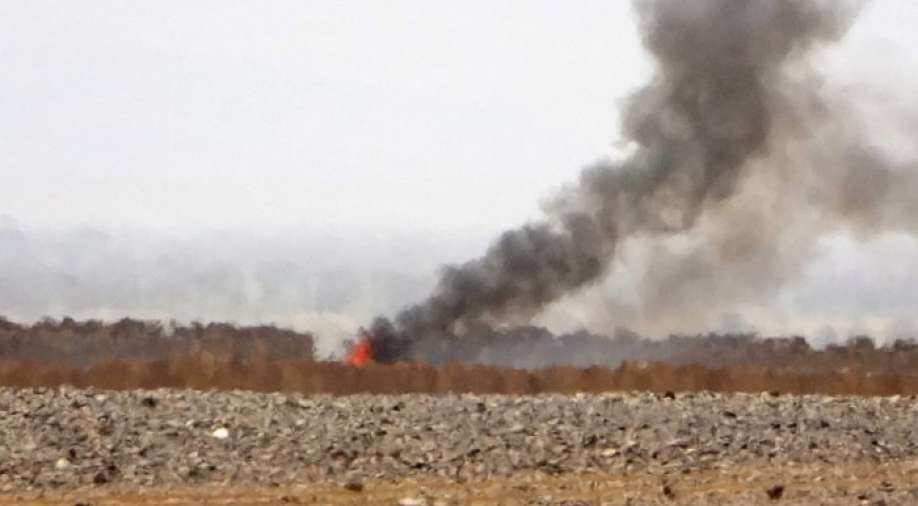 Earlier this month, the Huthis resumed an offensive to seize oil-rich Marib, some 120 kilometres (75 miles) east of the capital Sanaa.

Earlier this month, the Huthis resumed an offensive to seize oil-rich Marib, some 120 kilometres (75 miles) east of the capital Sanaa.

The city's loss would be disastrous for Yemen's beleaguered leadership.

Two government military officials said at least 16 pro-government forces were killed and 21 wounded in the past 24 hours, adding that "dozens were killed" among Huthi ranks.

The Huthis have cut off supply lines to a district about 50 kilometres south of the city, with "the goal to lay siege to Marib", one of the sources said.

Yemen has been embroiled in a bloody power struggle since 2014 between its government, supported by Saudi Arabia, and Huthi rebels, who control the capital Sanaa and most of the north.

The rebels have also escalated attacks against Saudi Arabia, drawing condemnation from the international community.

But a Huthi military spokesman said two rebel drones struck the airport in the nearby city of Abha.

On Saturday, the kingdom said it had foiled another Huthi drone attack on Abha airport, just days after a rebel drone strike on the facility left a civilian plane ablaze.

The upsurge in violence comes shortly after the United States decided to remove the rebels from its list of terrorist groups in order to ensure humanitarian work in Yemen is unimpeded and to pave the way to restart peace talks.

Observers say the Huthis are seeking to take control of Marib as leverage before entering into any negotiations with the internationally recognised government.

If the city falls into rebel hands, the Huthis will have full control of north Yemen, weakening the government's negotiating position, according to observers.

Saudi Arabia has invested heavily in Marib in recent years, and the Saudi-led coalition has intensified air strikes to stop the rebels from seizing the city.

Yemen's grinding conflict has claimed tens of thousands of lives and displaced millions, according to international organisations, sparking what the UN calls the world's worst humanitarian crisis.

Huthi spokesman Mohamed Abdelsalam tweeted on Saturday that the rebels were fighting "only those militarily involved with the foreign enemy", amid government calls for residents to defend the city.

"May the honourable people of Marib be reassured... and acknowledge that the aggressor coalition is fighting them, not for them," he said.

On Friday, UN agencies warned that about 400,000 Yemeni children aged under five are in danger of dying of acute malnutrition this year.

The UN agencies also warned that about 1.2 million pregnant or breastfeeding women are expected to suffer from extreme malnutrition in 2021.