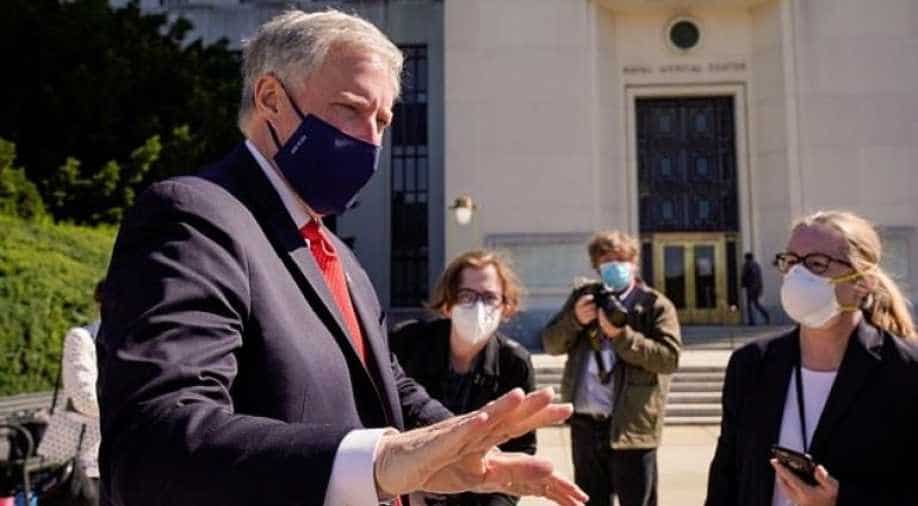 Donald Trump's chief of staff, Mark Meadows, has reportedly tested positive for coronavirus. The news broke out after it was reported that Meadows has told his close associates about him contracting the deadly virus.

Meadows told a handful of people who are his close advisors moments after the US election 2020. It is not yet clear as to when did the Chief of Staff get his report.

There has not been any information provided about whether or not he has shown symptoms for COVID-19. There is also no update about his health condition after contracting the virus.

He was last seen in close proximity to hundreds of people when Donald Trump had visited the headquarters of his re-election campaign on Tuesday.

An official statement from the White House and Meadows' office is still awaited.

Meadows' positive report has added to the massive outbreak of the novel coronavirus in the White House after an alleged super-spreader event was held to officially welcome the new Supreme Court Justice Amy Coney Barrett by Donald Trump.

The event had led to President Donald Trump and the First Lady Melania Trump, too, testing positive. Donald Trump was admitted to the military hospital where he stayed for a few days till he recovered. The First Couple's youngest son, too, had later tested positive.