The city where cyclists are unwelcome 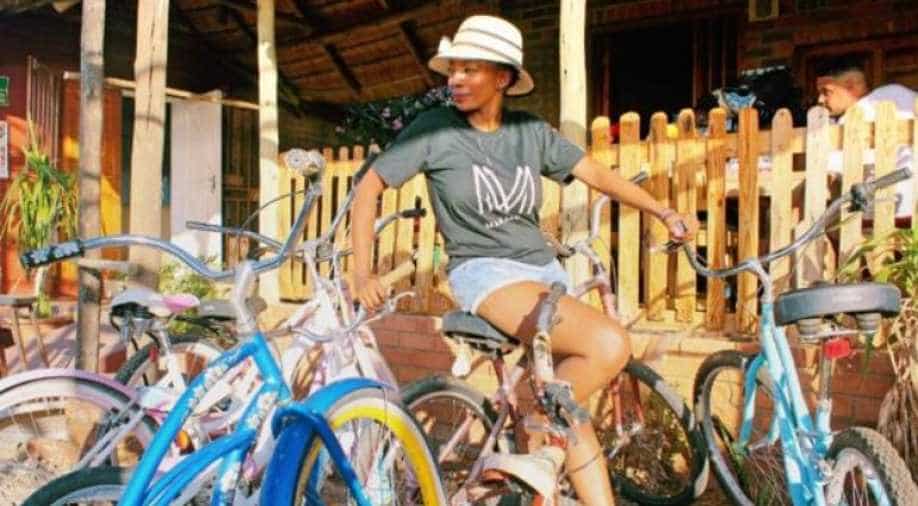 A woman sitting on a bicycle in Botswana Photograph:( AFP )

According to local residents, the stigma around cycling has made streets ''more dangerous than lions''.

The cyclists riding bicycles in Gaborone, the capital of Botswana face social stigma and hostility.

According to local residents, the stigma around cycling has made streets ''more dangerous than lions''.

They believe that cyclists are threatened not to ride bicycles on the streets of the city because motor vehicles drivers believe that they "own" the road as they pay road tax.

Societal prestige around cars is deep-rooted and riding a bicycle is considered archaic and “undignified” in Botswana.

The hostile attitude of local drivers towards cyclists emanates from a deep-seated belief that cycling is for the poor.

The preference for motor vehicles has had an adverse impact on the country as the number of cars registered in Botswana has doubled over the past decade.

Watch: The Absa Cape Epic: These cyclists endure one of the toughest race on this planet

Two-thirds of these vehicles are listed in Gaborone, and the majority were second-hand imports. A vast majority of these imported vehicles do not meet the emission standards in the countries of their origin and neither checked for their emissions nor properly maintained.

The burgeoning low-efficiency cars are contributing to air pollution in Gaborone. As a result, it is ranked among the worst cities for air quality in the world.

Many residents of the city believe that cycling should be encouraged in the city as an affordable, flexible and emissions-free method of transport.

However, the biggest hurdle in the way of cycling returning as a popular mode of transport is the lack of proper infrastructure good bicycle lanes, showers at workplaces, and clothing-changing facilities, among others.

To change the attitude of people towards cycling, youngsters are opening cycle shops and are riding bicycles to travel from place to another.

They are striving to contribute to the fight against climate change because bicycles are eco-friendly. With time, they aim to erode the social stigma around cycling in Gaborone.