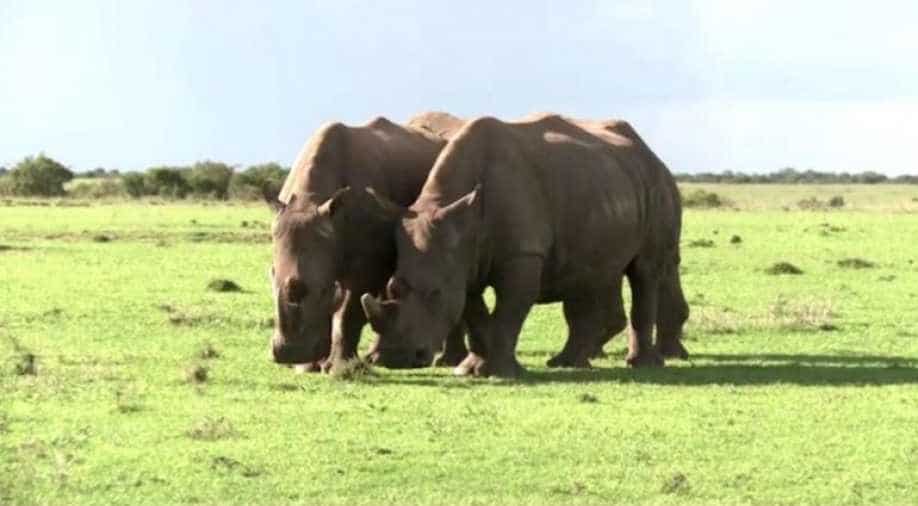 A ministry of environment statement said two rhinos were poached within five days in the Okavango late last month, raising the total number to nine since April.

Nine Botswana rhinos have been poached since April, the government said Wednesday, an unprecedented rate of one per month that could see rhinos wiped out in the southern African country by 2021.

The thousands of rhinos that once roamed Africa and Asia have been culled by poaching and habitat loss. Very few are found outside national parks and reserves, where they remain threatened.

Botswana is home to just under 400 rhinos, according to Rhino Conservation Botswana, most of which roam the grassy plains of the northern Okavango Delta.

A ministry of environment statement said two rhinos were poached within five days in the Okavango late last month, raising the total number to nine since April.

"We have been losing about a rhino a month to poaching," said Mmadi Reuben, rhino coordinator for Botswana's wildlife department in the statement.

"If the poaching continues at this rate there will be no rhinos in Botswana in a year or two, especially the black rhino."

While southern white rhinos have been rescued from extinction, black rhinos are still considered critically endangered, with only around 4,200 living in the wild.

Less than 20 are found in Botswana, which is also home to the continent's largest elephant population.

Botswana has a zero-tolerance approach to poaching and previously operated a "shoot-to-kill" policy against perpetrators.

"The anti-poaching forces have now placed the protection of rhinos and location of these poaching gangs as their highest priority," said the statement, adding that two perpetrators were killed in recent operations.