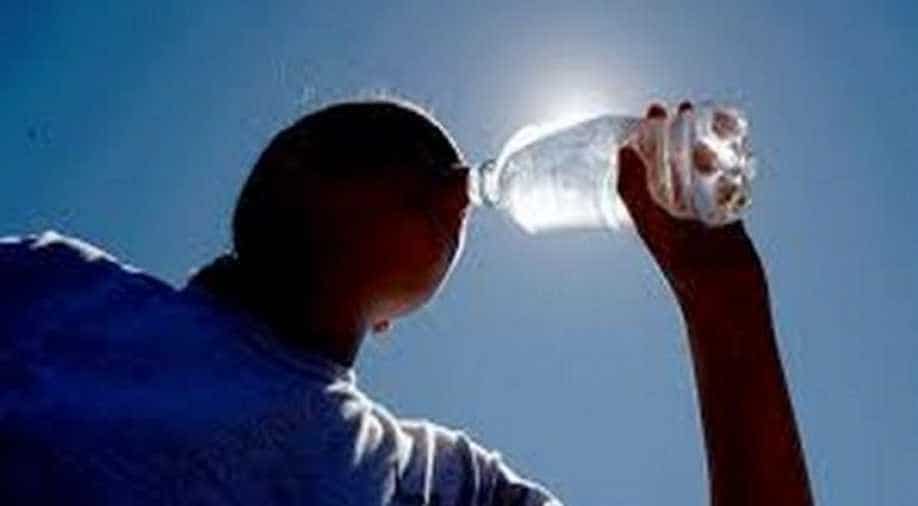 It is reported that since humans overran the planet after the last ice age, more than 300 mammal species have been wiped out

Many argue that climate change is not a recent problem and has been occurring for millions of years, citing examples of the Little Ice Age. What they fail to realise is that humans have much more to lose now than they had then. Further, today humans are in a position to prevent and reduce climate change because they are the ones causing it.

Having said that, humans are not the only species bearing the brunt of climate change. Insects are also feeling the heat. However, the insect, animal and avian world have been bearing the cross of human progress for centuries. Dodo’s, passenger pigeons, the cheetah in India and a host of other species have been squashed underfoot in the march of progress. It is reported that since humans overran the planet after the last ice age, more than 300 mammal species have been wiped out.

Did their disappearance have an impact on human existence? Nobody knows because neither are the consequences immediately visible nor is the connection between the extinction of species and its impact on humans easy to ascertain.

In the modern world, the first impacts of the use of chemical pesticides was documented in Rachel Carsen’s book ‘Silent Spring’. She observed the absence of bird song and related it to the use of pesticides. These chemicals were not only killing weeds and bugs, but also birds and other insects -natural predators of such bugs. Chemicals are very secular, they harm everyone without prejudice.

In time, pests not only became immune to pesticides, but their natural predators also reduced, resulting in more chemicals in the field. Exposure to chemicals also began to affect humans. Skin rashes, breathing problems and lower IQ in children were some of the problems that began to be reported from farms. The war on pests has resulted in collateral damage both on humans and other species.

A study by the Zoological Society of London and World Wide Fund for Nature (WWF) states that ‘we have wiped out 58 per cent of animal life between 1970 and 2012’.

Recent reports suggest insects are facing mass extinction. A study conducted in the rain forests of Puerto Rico reported a decline, by a factor of four or eight, in the number of insects and invertebrates caught in traps. While the number of insects caught in sticky traps declined by a factor of 60, all caused by chemical-intensive agriculture, climate change and urbanisation.

A global scientific review reported in The Guardian states that the global mass of insects is falling at the rate of 2.5 per cent a year. They could vanish within a century. These are food for other creatures higher up in the food chain. As per researchers, this decline has coincided with the loss of birds, lizards and frogs.

Now, why should this be a worry for us? It can be argued that this should be the least of our worries as we are on top of the food chain, can make babies and meat in the laboratory, and can harness the wind and sun.

We should be concerned and here is why. According to scientists, it would take almost 3 million years for evolution to naturally replace species made extinct by humans.

Insects are pollinators and waste management experts, controlling other insects, keeping the soil healthy while also serving the most important function – being food for those higher up the food chain.

In the absence of pollinators, many plant species will disappear. Sure, the argument can be made that humans will be able to recreate such plants in the laboratory.

Approximately 87 per cent of the over 300,000 species of plants need external pollinators, where would one begin?

There is enough proof to declare that our handling of excreta is not as good as that of the dung beetle. Can human’s copy the magic that the earthworm performs on the soil? That being said, seed companies develop seeds in the laboratories to be sold to farmers along with pesticides and other chemicals. So, some can argue that agriculture will not be affected by insect decline. However, chemical residue in food and water sources links back to pesticide and fertiliser use.

There have been five earlier mass extinctions in the last 4 billion years. These were caused by volcanic eruptions, meteorite impacts and the ice age. Humans did not have much to lose then as they do now. One is not only speaking about death.

The development has inured many of us to a way of life far removed from hardships, money has been invested to ensure that one is not accosted by survival issues that our forefathers faced. The collapse of the insect world will potentially add to other woes destabilising the socio-economic system.

Is the decline of insects an existential threat like climate change? The answer is I don’t know, nor would I like to find out.

Are we equipped to battle a potential second existential threat? The answer is a NO, looking at the way we are handling the climate crisis.

Many in power either refuse to acknowledge the threat of Climate Change or don’t do enough to reduce the impact their economies have on the climate, for example moving to renewables from fossil fuels. Humanity is already paying for this dilly-dallying monetarily. According to a report by Christian Aid, the cost of 10 major climatic events in 2018, including the floods in Kerala, ranged from $1 billion to seven billion each.

Though there are many reports on the decline of insect populations, there is no official acknowledgement of this threat and its potential impacts. But should we wait for that? As individuals, there are many things that can be done. Going organic, using natural pesticides at home, growing home gardens are some of the day-to-day activities that come to mind. If you haven’t started as yet, there is no better time than now.