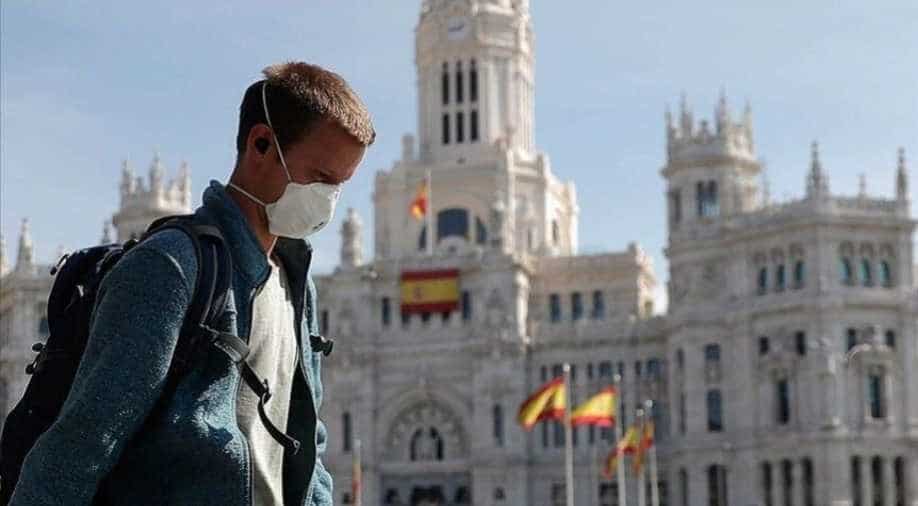 Spain reported over 900 deaths due to coronavirus in the past 24 hours for the second day running, government data showed on Friday.

However, the rate of new infections and deaths seems to have slowed down.

But health ministry figures confirm a consistent downward trend in the rate of new cases and fatalities.

The latest number shows the rate of infections up by 6.8 per cent, compared with 7.9 per cent on Thursday and 20 per cent in the middle of last week.

And the daily rise in deaths also slowed to 9.3 per cent on Friday, down from 10.5 per cent on Thursday, and a big drop from the 27 per cent increase on March 25.

Prime Minister Pedro Sanchez has imposed one of Europe's strictest lockdowns, leaving only employees in essential sectors free to travel to and from work.

Bars, restaurants and shops are shuttered.

Spaniards have now been confined since March 14, and Interior Minister Fernando Grande-Marlaska said late on Thursday that Sanchez would decide over coming days whether to extend that.