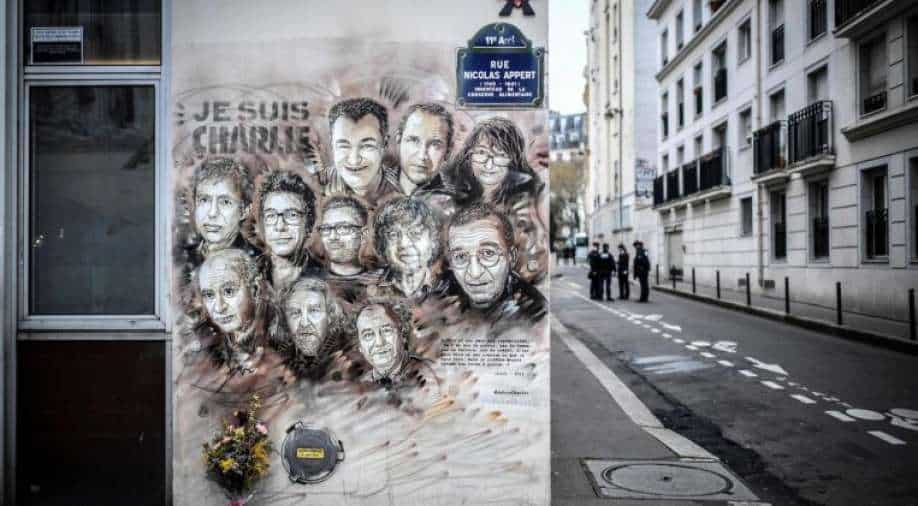 Fourteen people are on trial accused of having helped the killers of 12 victims in the attack on Charlie Hebdo, a female police officer a day later, and four hostages at a Jewish supermarket

Charlie Hebdo trial has been delayed for at least a week after two more defendants tested positive for coronavirus.

In 2015, two people were stabbed and wounded in Paris on September 25 near the former offices of the Charlie Hebdo satirical magazine, where Islamist militants carried out a deadly attack in 2015. A man originally from Pakistan was arrested over the attack.

Similarly, two Islamist militant gunmen broke into Charlie Hebdo's offices on January 7 and killed 12 people. Another militant killed a policewoman the next day and took hostages at a supermarket on January 9, killing four before police shot him dead.

Also read: Magazine like Charlie Hebdo 'could not exist' in Russia, says Kremlin

Fourteen people are on trial accused of having helped the killers of 12 victims in the attack on Charlie Hebdo, a female police officer a day later, and four hostages at a Jewish supermarket.

After primary suspect Ali Riza Polat received a Covid-19 diagnosis over the weekend, the presiding judge ordered all those on trial to be tested.

"In view of the health protocols in force requiring isolation of both positive and contact cases, the hearing will not be able to resume this week," Regis de Jorna said in an email sent Sunday to lawyers involved in the case.

The trial had already been suspended until Wednesday following Polat's positive diagnosis, with Jorna telling lawyers the court would not sit again until all the results were in.

Two further defendants then tested positive, with two others remaining under supervision despite negative results as they were believed to be "contact cases", according to Jorna's email.

The results from the other defendants, detained in Fleury-Merogis, are due Monday.

The extended suspension of the hearing will further delay the conclusion of the trial, which opened on September 2.

Defence lawyers were scheduled to plead on November 6, 9, 10 and 11 with the verdict expected on 13.

France returned to lockdown last week in the latest measure to curb a disease that has infected more than 44.5 million people worldwide and killed nearly 1.2 million.