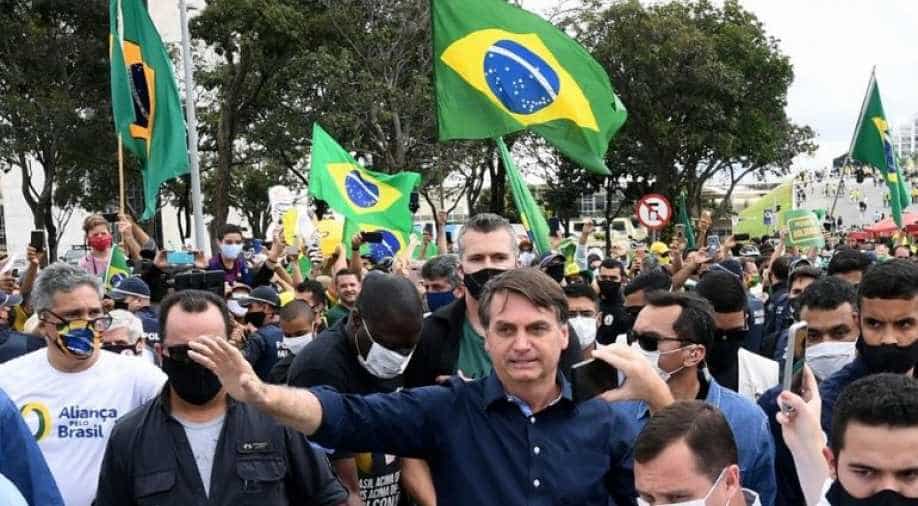 Brazil is now increasingly becoming the primary hotspot of coronavirus, as President Jair Bolsonaro continues to downplay it as a “little flu”

Brazil now has the second-most reported cases of coronavirus in the world, surpassing Russia. With 363,211 cases, Brazil has become the latest epicentre of the virus.

Even though the US still has the most number of confirmed cases (over 1,600,000), the rate of infection across the United States is now seeing signs of slowing down.

According to Johns Hopkins University tracker, over 22,666 people have died in Brazil due to COVID-19 so far. 149,911 people have recovered so far.

Brazil is now increasingly becoming the primary hotspot of coronavirus, as President Jair Bolsonaro continues to downplay it as a “little flu”.

Also read: Indigenous tribals in Brazil are dying twice as much as the national average due to COVID-19

Just on Sunday, Bolsonaro took out a rally with his supporters. He was not wearing any protective gear and was neither practicing social distancing norms, even as numbers continue to surge.

The World Health Organization had recently announced South America as the epicentre of COVID-19, which started off in Wuhan, then battered European countries especially Italy and France. After which, it caused major fatalities in the US, where the infection rate is currently slowing down.

With healthcare infrastructure crumbling across the country, especially in the indigenous regions, scores of natives are now infected.

According to Articulation of Indigenous Peoples of Brazil (APIB), the mortality rate among the native population is twice as much as the the rest of the country’s population.

Brazil currently has over 900,000 indigenous people, out of whom 980 have now tested positive for coronavirus, which is capable of spreading very quickly. 125 natives have died so far, putting the indigenous community’s mortality rate at 12.6 per cent, as opposed to the national average of 6.4 per cent.

Recently, US President Donald Trump suspended travel from Brazil. As part of this move, non-Americans planning to come to the US shouldn’t have spent any of their last 14 days in Brazil, and if found so, they shall not be allowed to enter the country.