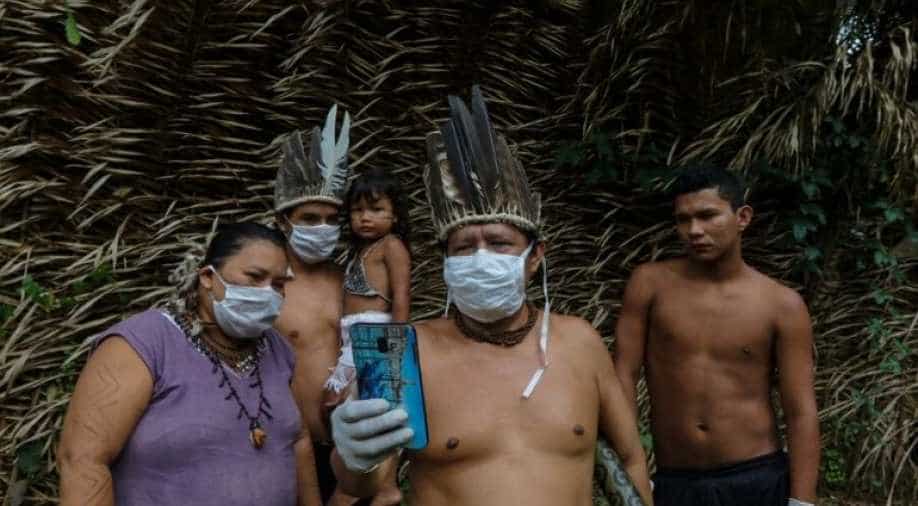 According to Articulation of Indigenous Peoples of Brazil (APIB), the mortality rate among the native population is twice as much as the the rest of the country’s population

Brazil is now increasingly becoming the primary hotspot of coronavirus, as President Jair Bolsonaro continues to downplay it as a “flu”.

The country currently has the second-highest number of COVID-19 cases. Brazil has now 3,30,890 infections and has recorded 21,048 deaths.

The World Health Organization had recently announced South America as the epicentre of COVID-19, which started off in Wuhan, then battered European countries especially Italy and France. After which, it caused major fatalities in the US, where the infection rate is currently slowing down.

However, the most susceptible among Brazil’s diverse population are the indigenous people, who are now dying at an alarming rate, CNN reported. 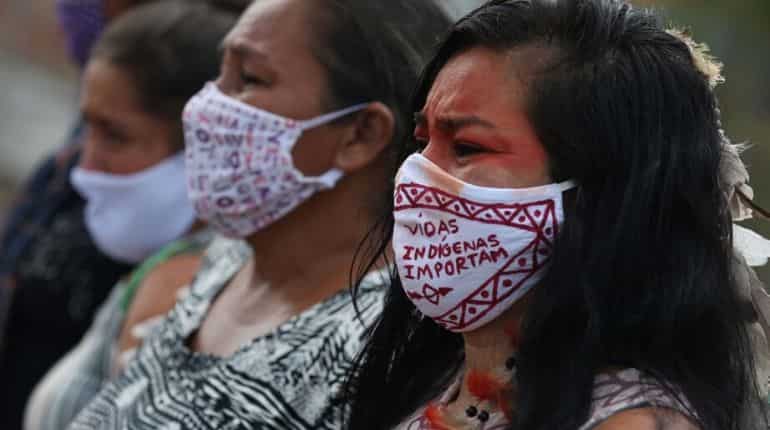 Indigenous women from the Parque das Tribos community mourn at the funeral of Chief Messias, 53, of the Kokama tribe who died victim of the new coronavirus, COVID-19, in Manaus, Brazil, on May 14, 2020 | AFP

With healthcare infrastructure crumbling across the country, especially in the indigenous regions, scores of natives are now infected.

According to Articulation of Indigenous Peoples of Brazil (APIB), the mortality rate among the native population is twice as much as the the rest of the country’s population.

Brazil currently has over 900,000 indigenous people, out of whom 980 have now tested positive for coronavirus, which is capable of spreading very quickly. 125 natives have died so far, putting the indigenous community’s mortality rate at 12.6 per cent, as opposed to the national average of 6.4 per cent.

APIB’s numbers contrast the Health Ministry of Indigenous Health’s reports, which claim 695 cases of COVID-19 and 34 deaths among the indigenous communities.

Remote villages remain the most susceptible owing to lack of healthcare. The first native death was registered in a remote Amazonian village where a 15-year-old boy died in April. 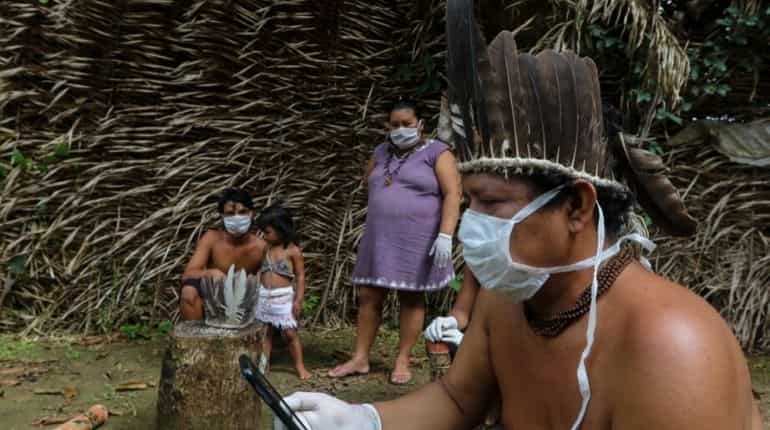 Satere-mawe indigenous people are seen using a smartphone to contact a doctor in Sao Paulo state to receive medical guidance amid the COVID-19 novel coronavirus pandemic at the Sahu-Ape community, 80 km of Manaus, Amazonas State, Brazil, on May 5, 2020 | AFP

Over 60 native groups have reported cases of coronavirus so far, with the number expected to keep increasing, especially in regions with no immediate access to hospitals.

InfoAmazonia conducted a study after which they concluded that the average distance between villages and the nearest intensive care unit (ICU) is 315 kilometres, which could hamper immediate care for critical cases.

Deforestation in the Brazilian rainforest has increased by over 64 per cent in 2020 alone, opening up new ways for the virus to reach the isolated tribes.

Last week, the country’s congress passed a plan to protect indigenous communities by providing not only healthcare but also access to clean food and water.