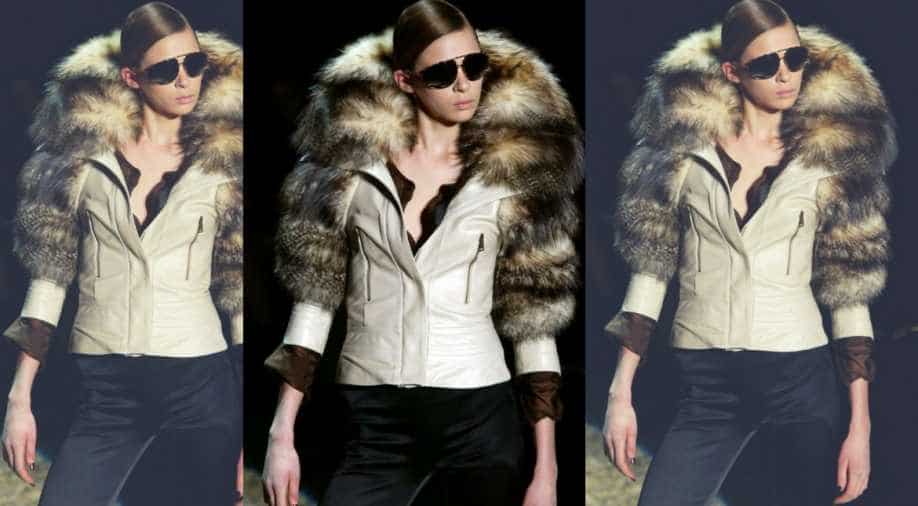 A model displays a leather jacket with fur neck as part of Gucci's women's collection Autumn/Winter 2003/2004 March 1, 2003, in Milan. Gucci is the latest fashion house to stop using fur from 2018. Photograph:( Reuters )

Italy's premier fashion brand Gucci is the latest to join the fur-free campaign by banning the use of fur in its designs from next year.

This comes as part of a growing momentum for fashion houses to look at alternative products after coming under pressure from animal rights activists and changing consumer tastes.

The premier fashion house is part of Paris-based luxury group Kering which has on previous occasions, paraded models down the catwalk in luxurious fur coats. Two years ago, director Alessandro Michele brought in loafers and sling-backs lined with kangaroo-fur.

In a statement on Thursday, Gucci said it would now join an alliance of fur-free companies. It will become a part of Fur Free Alliance, an international group of more than 40 organisations which campaigns on animal welfare and promotes alternatives to fur in the fashion industry.

It also stated that all remaining accessories and clothing made of animal fur will be sold off in a charity auction.

Gucci’s chief executive, Marco Bizzarri said that the brand would drop fur starting from its spring and summer 2018 collection and that its new approach had been agreed on with director Michele.

Michele has been known for his eclectic style and is credited with reviving Gucci by fuelling sales over the past two years.

Taking such a move while enjoying success, Gucci has surprised animal rights campaigners and they see it as a welcome news. They hope that this would have a knock-off effect which would urge other labels to stop using fur.

Simone Pavesi, manager of animal-free fashion at Italian campaign group LAV said, “Gucci’s decision will radically change the future of fashion. As fashion becomes more and more ethical, supply chains that revolve around animals will be a thing of the past.”

Among other labels who have stopped using fur, Yoox Net-A-Porter -- a multi-brand online luxury retailer, adopted a fur-free policy on accessories and clothing sold on the site.

Last year, Italy’s Giorgio Armani committed to stop using fur, saying technological progress meant there was no longer any justification for cruelty to animals, while US brand Calvin Klein took the plunge in 1994.

Over the last couple of years, anti-fur protesters have been seen demonstrating outside catwalk shows at fashion weeks around the world to call for an end to animal cruelty. This has gained worldwide attention as more and more number of luxury buyers from the younger generations are sensitised to environmental issues.

In another news, luxury groups such as LVMH, owner of Louis Vuitton - are tightening their policies on how leather is sourced from tanneries and how they obtain furs, after a series of scandals over how animals are treated in breeding farms.

France’s Hermes was caught in a storm two years ago when a crocodile farm used to supply leather for one of its best-selling handbags was accused of cruel slaughter practices.