Baghdad to summon Turkey envoy over death of Kurdish protester 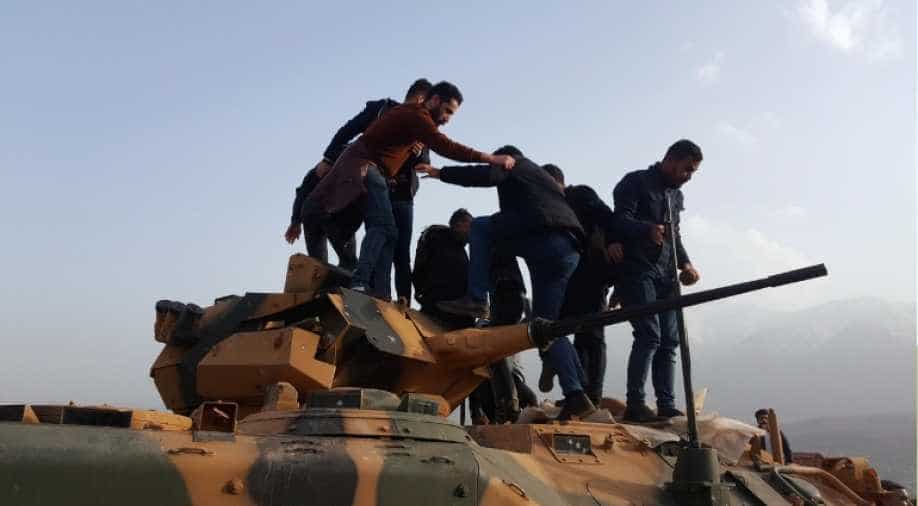 On Saturday night, Kurdish protesters stormed a Turkish army position in the Shiladzeh region of northwestern Iraq to protest the deaths of four civilians they said were killed last week in Turkish bombardment.

Iraq on Sunday said it would summon the Turkish ambassador over the death of a Kurdish protester after Turkish troops opened fire on demonstrators in the country's northwest.

On Saturday night, Kurdish protesters stormed a Turkish army position in the Shiladzeh region of northwestern Iraq to protest the deaths of four civilians they said were killed last week in Turkish bombardment.

Iraq's foreign ministry on Sunday denounced the incident, saying one person was killed and several others wounded when Turkish forces "opened fire on citizens in the Shiladzeh area".

"The foreign ministry will summon the Turkish ambassador to hand a protest note about the incident and demand that it not be repeated," it added.

Turkish forces are deployed in Iraq's northern autonomous Kurdish region and often carry out raids and air strikes against the Kurdistan Workers Party (PKK), seen as a "terrorist" group by Ankara.

On Saturday, the Kurdish regional government said it was "saddened" by the casualties and material damage at Shiladzeh but only referred to an "incident" without mentioning Turkey or the protest.

Turkey's defence ministry said one of its bases was attacked after "provocation by a PKK terror group," resulting in some damage to vehicles and other equipment.

On Sunday, Turkish Foreign Minister Mevlut Cavusoglu said the PKK was "troubled" because Ankara was hitting its "terror nests".

"They are provoking the local community. And we know that the PKK is behind this (the attack)," he told reporters in the southern city of Antalya.

Cavusoglu said he had spoken to the prime minister of autonomous Kurdistan, Nechirvan Barzani, who reportedly told him authorities would conduct a "comprehensive investigation".

The PKK has waged an insurgency against the Turkish state since 1984 but also operates bases in the Qandil mountain area of Iraq's Kurdish region.

In December, Baghdad summoned the Turkish ambassador to protest Ankara's "repeated" air strikes as a "violation of its sovereignty".

Turkey has pressed Iraq to play a bigger role in fighting the PKK, and last month announced deeper bilateral cooperation on the matter.