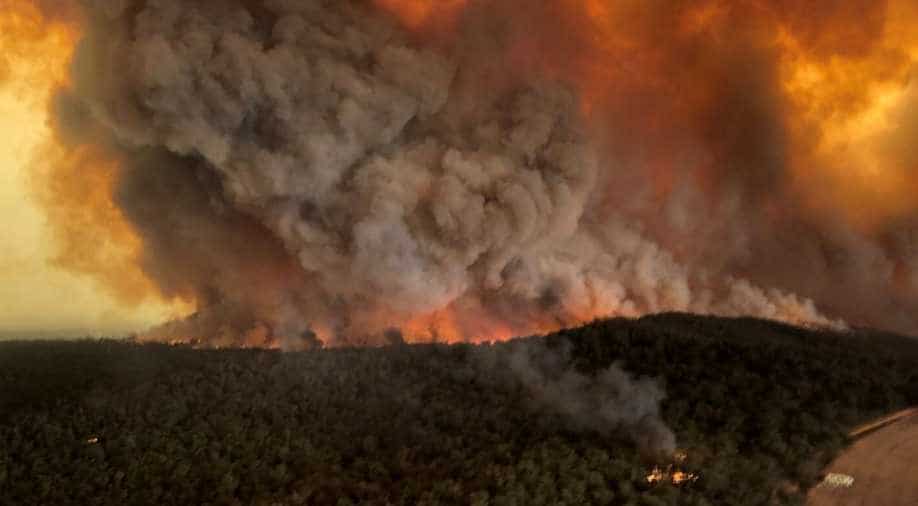 The met report further explained how the uptake of carbon dioxide by land ecosystems is affected by 'weather patterns linked to year-by-year swings in Pacific Ocean temperatures'.

The meteorological office of the United Kingdom has predicted that the concentration of carbon dioxide in the atmosphere this year will rise to become the largest annual rise since 1958.

The report also stated that the impact of weather patterns on global ecosystems is also likely to go up by 10 per cent this year with the devastating Australian bushfires to account for about one-fifth of this rise.

The UK met report further explained how the uptake of carbon dioxide by land ecosystems is affected by "weather patterns linked to year-by-year swings in Pacific Ocean temperatures".

Also read: Bushfires - Can ecosystems recover from such dramatic losses of biodiversity?

Absorption of Co2 becomes difficult when regions become warmer and drier due to "a warmer tropical Pacific". In such a case, it becomes difficult for plants to grow which in turn hampers Co2 absorption. As a result, we see droughts and wildfires similar to that of Australia's.

"Along with other weather patterns and human-induced climate change, this has contributed to the recent hot, dry weather in Australia, which played a key role in the severity of the bushfires," the report explained.

An unusually long bushfire season has scorched an area one-third the size of Germany in Australia. While over 25 people have lost lives in the deadly blazes since September, an estimated 1 billion animals have been killed.