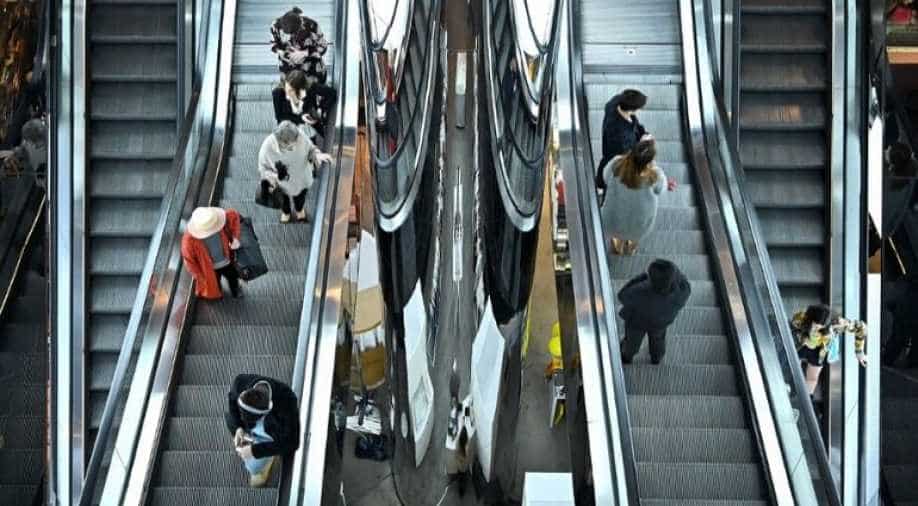 Around 150 shoppers in a Sydney mall scrambled for promotional gifts, leading to stampede and injury. A dozen were treated for minor injuries while five were taken to hospital.

A frantic scramble for gift promotions left a dozen people injured in an Australian mall on Tuesday after hundreds of balloons with prizes inside were dropped on Christmas shoppers gathered below.

Around 150 people jostled for prime position as two massive bags full of balloons hovered overhead in the shopping centre in Sydney's western suburbs.

When they were opened at midnight, cries went up as the crowd surged forwards, crushing people and knocking over a Christmas prop, which sent a Santa careening back several metres, footage of the event shows.

"People were screaming at each other, telling each other to get off them," said one witness.

Twelve people were treated for minor injuries, with five taken to hospital with a "mixture of leg and ankle injuries, chest pain and muscular skeletal injuries due to being stepped on," said New South Wales state ambulance.

"Once the ballons were released in the air, the crowd rushed towards the balloons, causing a number of people to be knocked over and injured," police said in a statement.

The shopping centre management told local media it was investigating the incident.