Australia: As bushfires continue to rage, one more firefighter dies; 2 others injured 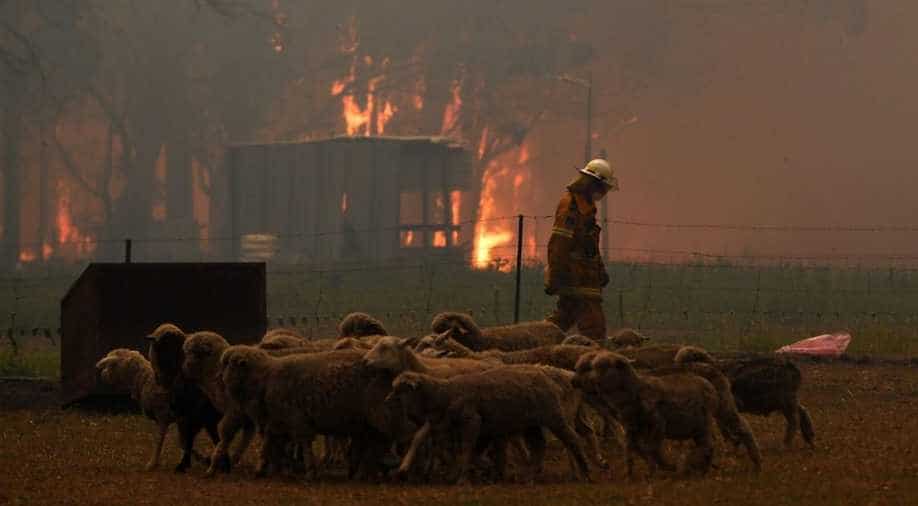 'It’s believed that the truck rolled when hit by extreme winds,' fire authorities said on Twitter.

A volunteer firefighter was killed as unprecedented bushfires continue to rage in Australia bringing the death toll to nine, fire authorities said on Monday. Two others were also injured.

"The firefighters were working on the Green Valley Fire, about 70km east of Albury in New South Wales", the authorities said on Twitter.

"It’s believed that the truck rolled when hit by extreme winds."

#NSWRFS confirms that a volunteer firefighter has died this evening near Jingellic. A further 2 firefighters have suffered burns.
The firefighters were working on the Green Valley Fire, about 70km east of #Albury. It’s believed that the truck rolled when hit by extreme winds.

Hundreds of blazes are burning across Australia, which is experiencing a devastating summer bushfire season fuelled by a prolonged drought and climate change.

Currently, as many as 14 "emergency" warnings in place for Victoria while fires are also threatening homes and infrastructure in South Australia and Tasmania.

Conditions are also expected to deteriorate over the next two days in worst-hit New South Wales, where 100 fires were burning Monday morning including more than 40 uncontained.

Bushfires have destroyed more than 4 million hectares (10 million acres) - an area the size of Japan -- across Australia in recent weeks.