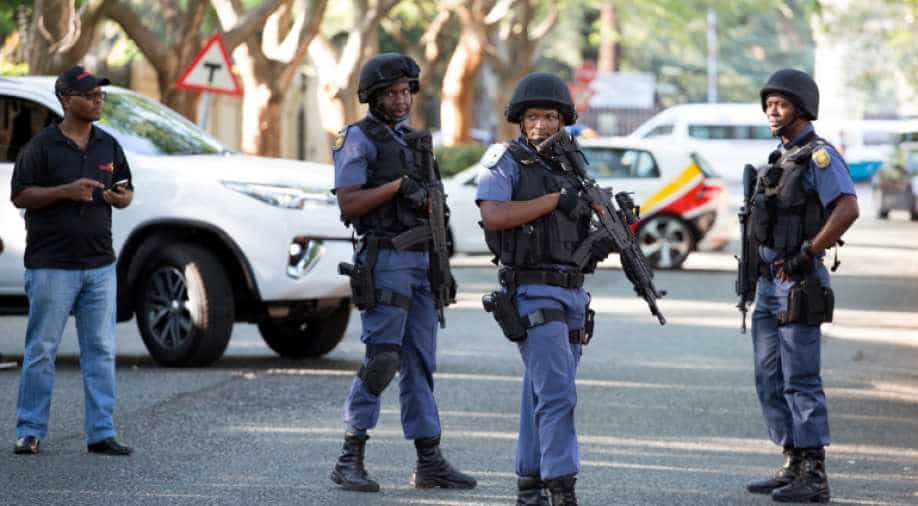 Robbers used a hacksaw to try to cut off a South African triathlete's legs when they attacked him on his way to a training session, the sportsman's colleagues said Wednesday.

A gang of three men targeted 27-year-old triathlete Mhlengi Gwala in a dawn attack in the east coast city of Durban on Tuesday before dragging him to a bush and attempting to cut off his legs.

"He is currently in surgery to try and save his leg - the surgeons are confident," said Dennis Jackson, the head of South Africa's Elite Athlete Development Programme.

Gwala's friend and fellow triathlete Sandile Shange said Gwala told him that the attackers failed to cut through the bone because they had used a blunt, rusty saw.

"Two guys were holding his upper body and the other guy was just was cutting the leg and I think when they got to the bone they got stuck," told Shange.

"Mhlengi said the... saw they were using was very rusty and it was, like, oldish and it was not sharpened and they tried another leg."

The attackers fled when a private security patrol passed close by.

Gwala then managed to limp to the road and raise the alarm.

The motive for the attack was not immediately known.

Doctors have said "he will be able to walk and run again" - but it will take a long time, according to Shange.

South African 2016 Olympic triathlon medallist Henri Schoeman described the attack in a tweet as "absolutely disgusting! How safe are we on South Africa's roads?"

South Africa suffers some of the world's highest crime rates and faced 34 homicides per 100,000 inhabitants in 2015-16, according to the police.