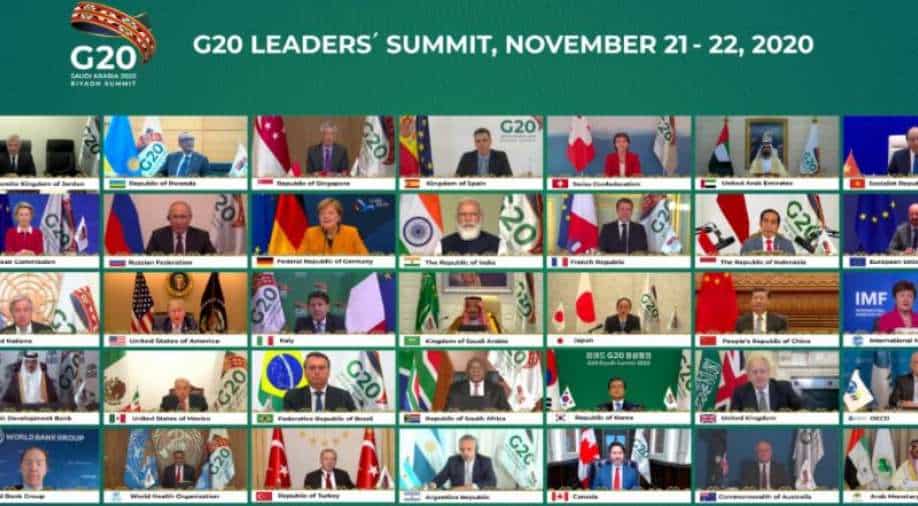 PM Modi's idea is based on a world that deals with "environment and nature" as "trustees rather than owners" whose "benchmark" could be a per capita carbon footprint.

The first day of the G20 Riyadh summit saw Indian Prime Minister Narendra Modi pitching for a "new global index" for the post-COVID-19 world based on which the grouping of the world's 20 major economies can lay "foundation of a new world".

A ministry of external affairs release explained the four key elements of the index which is the "creation of a vast talent pool", "ensuring that technology reaches all segments of the society", "transparency in systems of governance" and "dealing with mother Earth with a spirit of trusteeship."

When it comes to the talent pool, the Indian prime minister underscored the importance of "multi-skilling and re-skilling" which will "enhance the dignity of citizens but would make our citizens more resilient to face crises."

Largely the PM Modi's idea is based on a world that deals with "environment and nature" as "trustees rather than owners" whose "benchmark" could be a per capita carbon footprint.

The summit that took place virtually saw key focus on the COVID-19 crisis and how the grouping can act together to jointly deal with it.

The Indian primer minister termed the COVID-19 pandemic as an "important turning point in history of humanity" and "the biggest challenge the world is facing since World War II" and called for "decisive action by G20, not limited to economic recovery, jobs and trade, but to focus on preserving planet Earth", the MEA release said.

PM Modi also suggested an innovative idea that G20 should have a virtual Secretariat, given "work from anywhere" is a new normal amid the pandemic. G20 does not have a permanent secretariat and the country that is the host of the summit for the year also holds that position.

The 15th G20 leaders’ summit would continue on Sunday and will culminate with the adoption of the leaders’ declaration.

It is the 15th summit of the grouping that was formed after the 2008 financial crisis. India will host the summit in 2022 and preparations have already begun for it.

India enters the G20 Troika from December 1, along with Saudi Arabia when Italy will take over the presidency of the G-20.