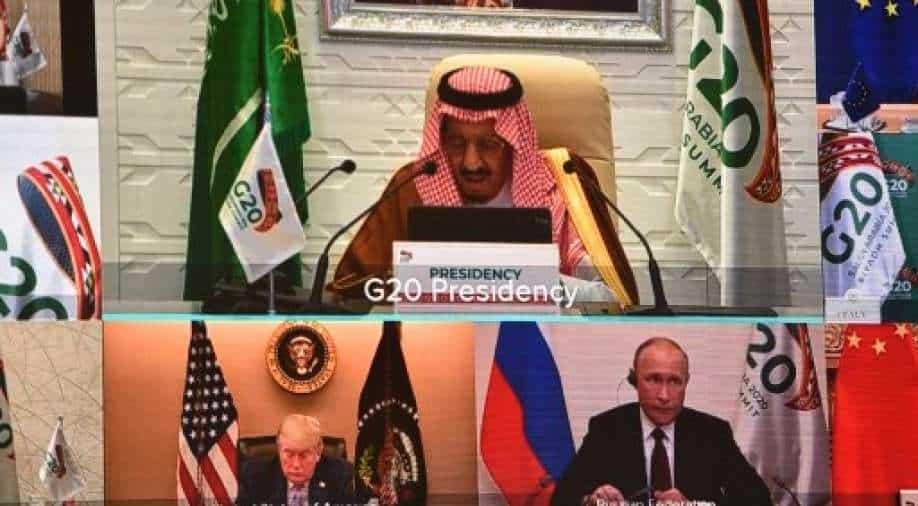 Chinese President Xi Jinping speaking at the summit from Beijing, said: "G20 has taken swift actions in the wake of COVID-19."

"This is the first registered vaccine Sputnik V, on the platform of the adenoviral vectors of a human," the Russian president said, adding, "the second Russian vaccine EpiVac Corona created by a scientific center in Novosibirsk is also ready."

The Russian president told the G20 nations that a "third vaccine" is also coming.

"The scale of the pandemic obliges us to use all the available resources and scientific information. Our common goal is to form a portfolio of vaccines and secure safety for the global population," Putin said during the virtual summit.

Chinese President Xi Jinping speaking at the summit from Beijing, said: "G20 has taken swift actions in the wake of COVID-19, at the extraordinary summit earlier this year, we agreed to step up cooperation to fight the pandemic."

The Chinese president reminded the summit that industrial and supply chains should remain open which was agreed upon earlier and lauded G20's role in the "global battle" against the virus.

"We agreed to advance the R&D in medicines and vaccines, maintain economic and financial stability,  these measures have given the world confidence and charted the course for international cooperation against the virus," the Chinese president said.