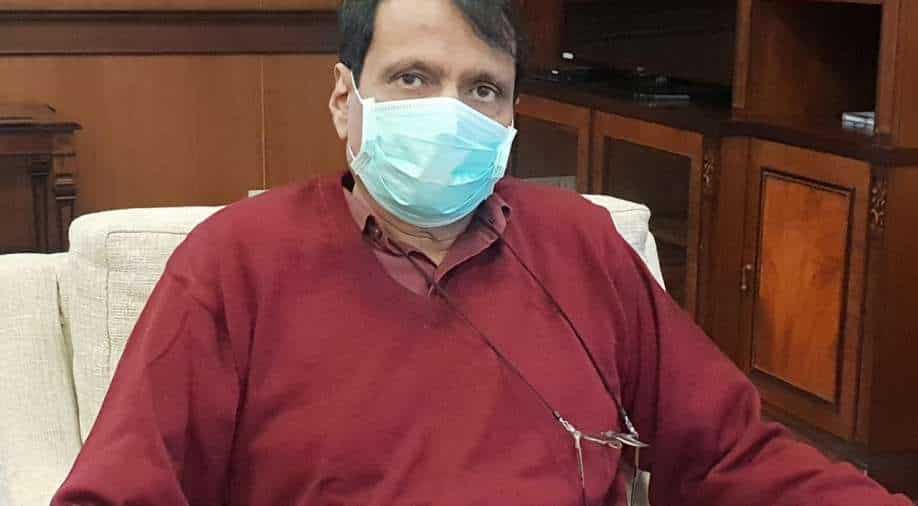 It is for the first time the G20 summit will take place virtually due to the COVID-19 crisis. India will host the summit in 2022.

Counter-terror, COVID-19 crisis, black money issue will be India's focus at the G20 virtual summit that will take place over the weekend on November 21 and 22, India's Sherpa for G20 Suresh Prabhu has said. Speaking exclusively to our diplomatic correspondent Sidhant Sibal, Prabhu said, "We are looking at anti-terrorism strategy as a very comprehensive, all-pervasive idea that we should put together".

It is for the first time the G20 summit will take place virtually due to the COVID-19 crisis. India will host the summit in 2022 for which Suresh Prabhu said, "we are already working on very high-tech, very state-of-the-art efficient secretariat".

WION: What are the main issues India will be talking about?

Suresh Prabhu: The first issue is the pandemic itself. Two hundred countries, 200 geographies right now are suffering from the pandemic.

As a result, the first focus of the summit is pandemic which is how do you deal with public health and what can global cooperation lead to, if it is a vaccine and to avoid such pandemics in the future.

How do you have an early warning system, how do you have a surveillance system, what kind of protocol you must put in place. These are the kind of issues which would be discussed.

The second issue is the economy, as a result of the pandemic, and not just only because of that, it only hastened the process. Even before the pandemic hit the world, in 2019 we witnessed the slowing down of the global economy.

How do you deal with making the economy, work better and faster. It is the second important issue. Issues such as terror, climate change, global cooperation on money laundering are present.

The Saudis have taken certain initiatives, which includes dialogue on water. This is an important issue by Saudis, they have also taken an important initiative on the environment - Circular economy.

You know, in the next few years we will have the challenge of how do you deal with materials. One side of the problem is, how do you find enough problem to produce more, the second problem would be how to deal with used material, how to dispose them, that is why circular economy plays an important role. It is at the heart of the industrial part of environmental concerns. We have been strongly talking about the anti-corruption issue, PM is particularly keen on dealing with that issue.

WION: How much of the black money issue will be raised?

Suresh Prabhu: It is an important ongoing agenda, the PM has been raising it since 2014 when he attended G20 summit for first time in Australia in Brisbane.

He has been raising the issue continuously. We have been raising it at every forum. We will take it forward. The other issue that will dominate is the future of WTO.

We strongly believe as a country, India believes in multilateralism, rule-based trading system, we believe and support that WTO being a democratic institution as well as participatory forum, it should be strengthened and not weakened and in that context as the commerce minister I have held two mini-ministerial in India.

Once after the collapse of the Buenos Aires ministerial, I held one in New Delhi in March 2018, and it was attended by 57 countries and the second one was in 2019, April again focusing on this issue on how to make WTO work better, stronger, and become more effective. That will again dominate the issue.

WION: Terror has been dominating global concern, how much will New Delhi raise it?

Suresh Prabhu: It is an important issue, we keep discussing, keep pressing that how do you deal with terrorism as a global phenomenon.

Why do you need global action, also collation against terrorism globally, it needs technology, it needs cutting out support for financing terrorism, it is the root cause of terrorism which breeds such ideas into the minds of innocents.

We are looking at anti-terrorism strategy as a very comprehensive, all-pervasive idea that we should put together.

WION: How has it been different for you as a "Sherpa" in your talks with other Sherpas this year when "virtual" is the new normal?

Suresh Prabhu: It is absolutely true that physical meetings have become very less.

But that doesn't mean that proximity has gone, the physical proximity is less, but the closeness has increased because of the new medium we can actually have a virtual discussion with everybody.

I have spoken to each and every Sherpa, and many more, at least 30-40 countries have been meeting me, talking regularly.

WION: India will host the summit in 2022, have we started the preparations?

Suresh Prabhu: We have started preparation in full swing. It is led by PM Modi, he is a very hands-on leader of the country and we are already working on very high-tech, state-of-the-art efficient secretariat in which there will be several ministries participating.

We will also plan a number of events in 2022 that will involve the state government and several engagement groups like universities, research institutions, NGOs, scientists and business leaders. We have already started working on it aggressively.