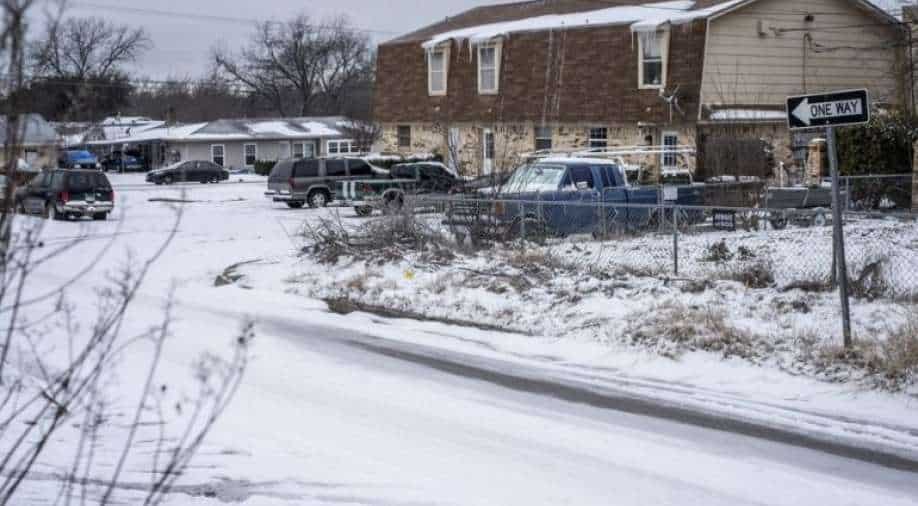 Out of nearly 29 million locals, almost 14.3 million locals are living without any supply of water as of now, authorities reported

After days of no power and heat in a harsh winter storm, the state of Texas has now successfully restored power.

While that came as a piece of good news, locals are having to struggle for safe and drinkable water statewide.

Out of nearly 29 million locals, almost 14.3 million locals are living without any supply of water as of now, authorities reported.

"Due to lack of power, frozen pipes, high use at certain times, we've seen the number of systems go up that are reporting (water) issues," said Toby Baker, executive director of the Texas Commission on Environmental Quality.

Over the weekend, several officials, volunteers and locals got out of their homes and distributed fresh water and food packets in their nearby areas.

"Water distribution, bottled water distribution still seems to be our number one priority," Nim Kidd, chief of the Texas Division of Emergency Management informed. "As of last night, we had ordered 9.9 million bottles of water through our federal partners... 2.1 million have been distributed so far."

The Electric Reliability Council of Texas (ERCOT) reported that while power has been restored in the majority of areas, there are still nearly 50,000 customers who are living without any power or heat as the officials are struggling to repair downed lines.

This relief has come after nearly 70 people have lost a battle with the extreme cold waves the Texas locals have had to ber due to the power outage.

Looking at the circumstances, US President Joe Biden declared a major disaster declaration for 77 of the hardest-hit counties of the state of Texas.

The declaration of disaster has given permission to the Homeland Security Department and the Federal Emergency Management Agency (FEMA) to allot immediate funds and provide assistance and relief efforts on an emergency basis.