Al-Qaeda chief Ayman al-Zawahiri may have died in Afghanistan: Report 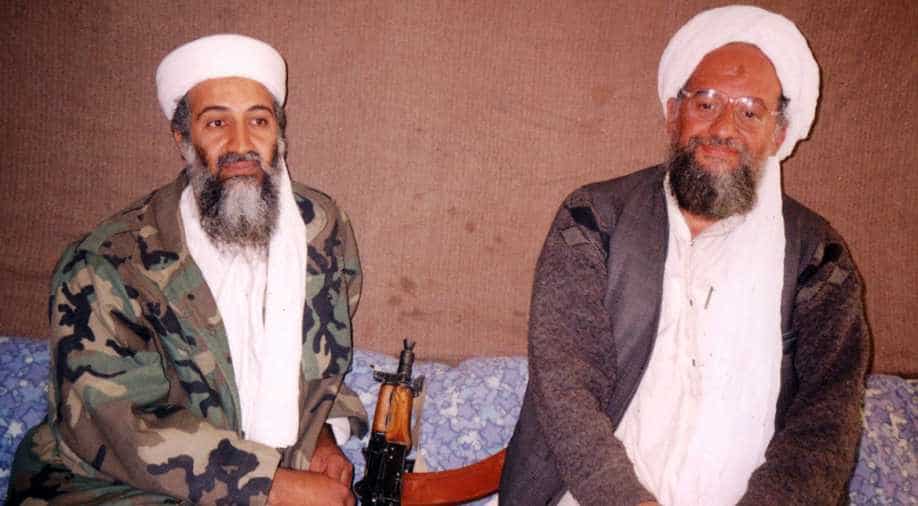 Al-Qaeda chief Ayman al-Zawahiri is the on the US "most wanted" list of terrorists. The US government has charged him of murdering its nationals including conspiracy to murder US nationals outside the United States

According to reports, Al-Qaeda chief Ayman al-Zawahiri,69, has died in Afghanistan.

However, Al-Qaeda is yet confirm the purported death of al-Zawahiri through its media channels. The Al-Qaeda chief reportedly died of natural causes. According to Arab News, Zawahiri died in Ghazni due to asthma.

Zawahiri had last appeared in a video message during the anniversary of the 9/11 attacks in the United States in September.

Earlier, The New York Times had reported that Al-Qaeda's deputy leader Abdullah Ahmad Abdullah was secretly killed in Tehran in August by two Israeli operatives at the behest of the Trump administration.

al-Zawahiri had succeeded Osama Bin Laden as Al-Qaeda chief after he was killed in a US raid at his hideout in Abbottabad, Pakistan in May 2011. The terror network then elevated the Egyptian veteran of jihad and a key Al-Qaeda ideologue.

al-Zawahiri who is known to be a physician was the founder of the Egyptian Islamic Jihad (EIJ).

Hassan Hassan, director of the US-based Center for Global Policy (CGP) said that al-Zawahiri had died a month ago of natural causes but it is still not confirmed.

al-Zawahiri is on the US "most wanted" list of terrorists. The US government has charged him of murdering its nationals including conspiracy to murder US nationals outside the United States.

The US government has offered a reward of up to $25 million for information leading directly to the apprehension or conviction of Ayman Al-Zawahiri.