After US, Canada receives mysterious packages of seeds from China 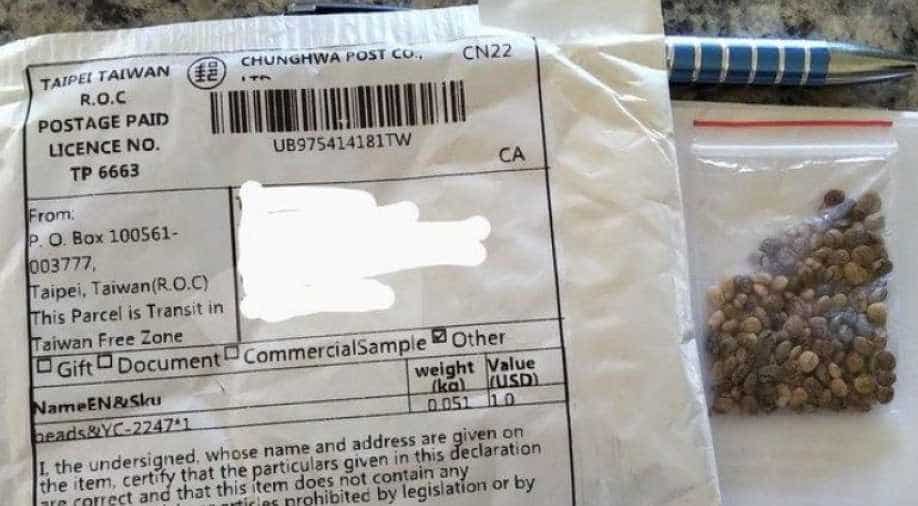 Packages of unidentified seeds which appear to have been mailed to Canada Photograph:( Twitter )

After the United States, Canada has also received mysterious packages of seeds that appears to have come from China.

The Canadian food inspection agency is warning Canadians not to plant packages of “unsolicited” seeds.

The agency said in a statement that these seeds can contain invasive species and can be harmful to agricultural and natural areas.

“Do not plant seeds from unknown origins,” the CFIA wrote in the statement. “Unauthorized seeds could be the seeds of invasive plants, or carry plant pests, which can be harmful when introduced into Canada.”

In a tweet, the Ontario provincial police said the foreign seeds are typically sent from China or Taiwan.

If you receive an unsolicited shipment of foreign seeds in the mail from China or Taiwan DO NOT plant or dispose of them. Call the Canadian Food Inspection Agency (CFIA) at 519 691-1306 or 1 800 442-2342. Unsolicited seeds could be invasive & threaten our environment. ^kj pic.twitter.com/n5hvlFS1W8

The CFIA is urging anyone who receives these seeds to contact their regional cfia office and keep the package until an inspector contacts you.

The US Department of Agriculture  issued a similar warning on Tuesday, stating it’s believed the seeds are part of a “brushing scam,” in which a seller sends someone a cheap product or empty box, then uses that shipment information to create a fake review for the company, which can boost its rating on e-commerce sites. 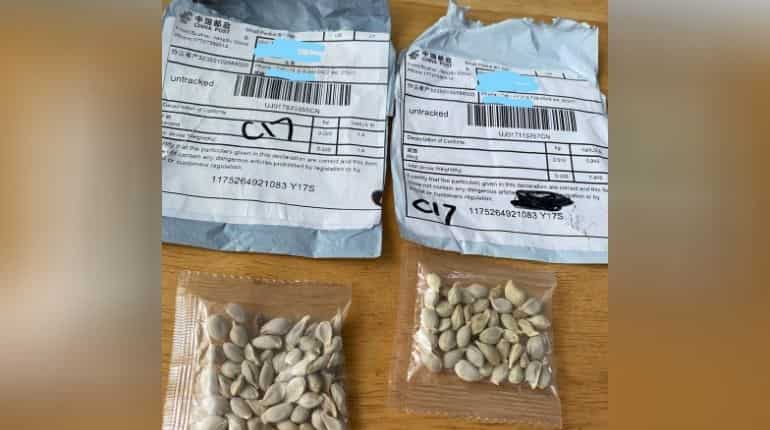 Packages of unidentified seeds which appear to have been mailed from China to US postal addresses are seen at the Washington State Department of Agriculture (WSDA) in Olympia, Washington/ Reuters

USDA said it is collecting the seeds from those who’ve received them for further testing.

Beijing's relations with Canada and Washington have deteriorated this year to what experts say is their lowest level in decades over issues ranging from trade and technology to the coronavirus pandemic.

Records on the packages appear to have been falsified, according to checks by China's postal service, which has asked for them to be sent to China for investigation, he said at a daily news briefing.

US states, including Washington and Alabama, labeled the shipments as "agricultural smuggling." Photos distributed by state agriculture departments show seeds of different sizes, shapes and colors in white or yellow envelopes.

State officials said some packages were labeled as jewelry and may have contained Chinese writing. They asked recipients to keep the seeds in sealed plastic bags until authorities collect them.