A Bible burning, and some sensation: How a fake claim about Portland protests became a good story 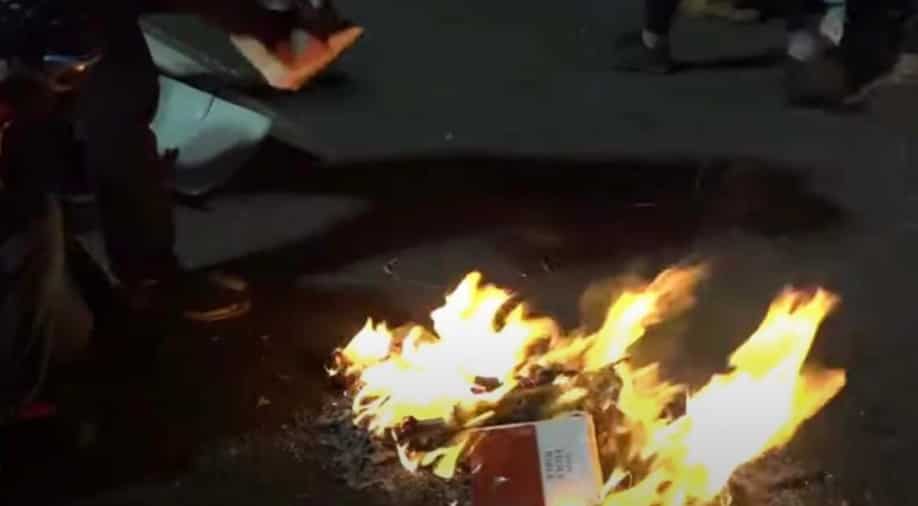 It turns out the Bible-burning narrative was originally set in motion by Russian-backed media outlet Ruptly, The New York Times has reported.

However, it turns out the narrative was originally set in motion by Russian-backed media outlet Ruptly, The New York Times has reported.

The video was first tweeted by an account that lists two cities — Oklahoma City and Abu Dhabi — as its users’ location and has only a few dozen followers. It was soon after deleted. But before that, it was conveniently picked up by a Malaysian named Ian Miles Cheong who plays a right-wing American narrative on social media.

The right-wing commentator tweeted the footage along with false claims, which several conservative politicians and news outlets then further amplified. His tweet quickly became the basis for an entire day of outrage from right-wing news outlets.

Left-wing activists bring a stack of Bibles to burn in front of the federal courthouse in Portland. https://t.co/lYWY0x8n8P

It has since been retweeted more than 26,000 times.

Now we move to the book burning phase. I’m pretty sure ANTIFA doesn’t actually stand for what they say it stands for. Maybe just remove the anti part of them name and it’s perfect. https://t.co/LbjAANy3K5

Cheong, when asked about the said tweet, said he “was just trawling through Twitter looking for ‘Portland’ as I normally do” and heard talk of it of the Bible burnings.

According to NYT, he did not see the stacks of Bibles being burned that he described in his tweet. All he saw was the Ruptly video of the single burning Bible.

In the present case, the success of Ruptly's misleading coverage of the Portland protests reveals how Russia's misinformation tactics have evolved since the 2016 presidential election, where American intelligence agencies have repeatedly concluded that Russia interfered with the aim of hurting Hillary Clinton's candidacy.

Cybersecurity experts have also found that Russia is exploiting the coronavirus pandemic and racial tension in the US, and weaving it into a good dose of sensation. US intelligence agencies have also warned that Russia is attempting to sway the election toward Trump again in 2020.