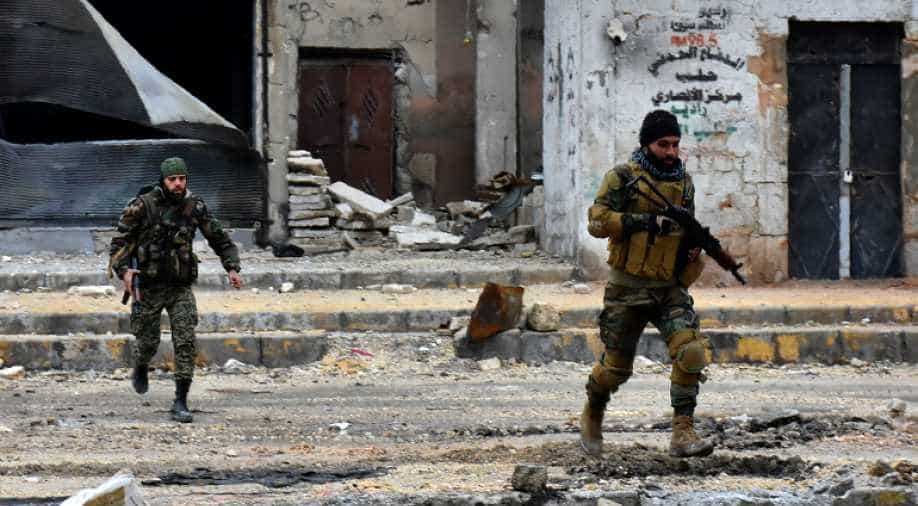 A teacher and four school children were among the victims after the shelling hit near a school in the northwestern province of Idlib, said Abdel Rahman.

A teacher and four school children were among the victims after the shelling hit near a school in the northwestern province of Idlib, said Abdel Rahman.

Later in the evening, in neighbouring Aleppo which is under Syrian regime control, official media accused the rebels of launching an attack with "toxic gas".

It is not the first time such accusations have been levelled against the rebels in Aleppo. On other occasions, the Syrian regime has been accused of using chemical weapons against rebel strongholds, which it has always denied.

The anti-IS alliance has repeatedly denied previous reports of civilians killed in its air strikes and said it does its utmost to avoid hitting non-combatants.

IS overran large swathes of Syria and neighbouring Iraq in 2014, proclaiming a "caliphate" in land it controlled but has lost most of it to offensives by multiple forces in both countries.

In Syria, the jihadists are largely confined to the pocket in Deir Ezzor, but they also have a presence in the vast Badia desert that stretches across the country to the Iraqi border.

Since 2014, the US-led coalition has acknowledged direct responsibility for over 1,100 civilian deaths in Syria and Iraq, but rights groups put the number much higher.