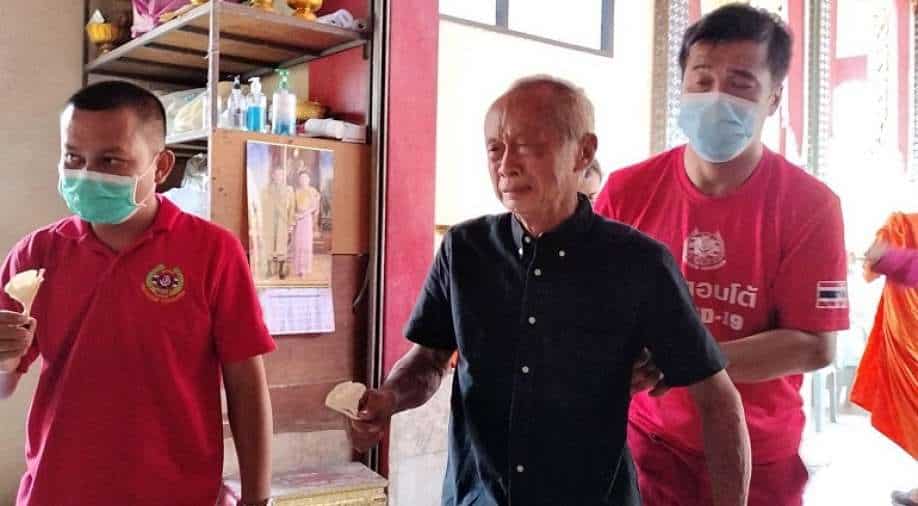 The 72-year-old cremated his wife after living with her body for 21 years Photograph:( Facebook )

Since the death of his wife in 2001, the retired military officer called Chan Chanwatcharakarn has kept her body in their home in the Ben Khen district.

A 72-year-old man from Bangkok in Thailand finally cremated his wife’s body after keeping it inside a coffin at his home for almost 21 years. Since the death of his wife in 2001, the retired military officer called Chan Chanwatcharakarn has kept her body in their home in the Ben Khen district.

However, according to a report on the Strait Times, Chanwatcharakarn was worried that he would die without holding a funeral for his wife and as a result, he decided to cremate her belongings with the help of a foundation. The foundation helped him in arranging for the cremation and funeral.

According to the report, his wife died from a brain aneurysm after experiencing high blood pressure and her body was taken to Wat Chonpratarn Rangsarit in Nonthaburi to have Buddhist rites conducted. However, he did not cremate her body and kept it in a coffin instead.

The 72-year-old used to speak regularly with his wife’s coffin and kept the coffin completely clean.

The Petchkasem Krungthep Foundation, which helped Chen in completing the last rites of his wife, said that his house was like a ‘storage facility’ with running water but no electricity. They also said that the woman’s body was found in a ‘dry condition’ inside the well-maintained coffin in the house.

After the cremation, the last remains were kept in an urn which Chen said that he will keep with himself till he dies. The foundation is taking care of Chen right now with volunteers giving him food and drink to the 72-year-old after helping him with the cremation of his late wife.

WATCH | Gravitas: Bangkok man cremates his wife after living with her coffin for 21 years