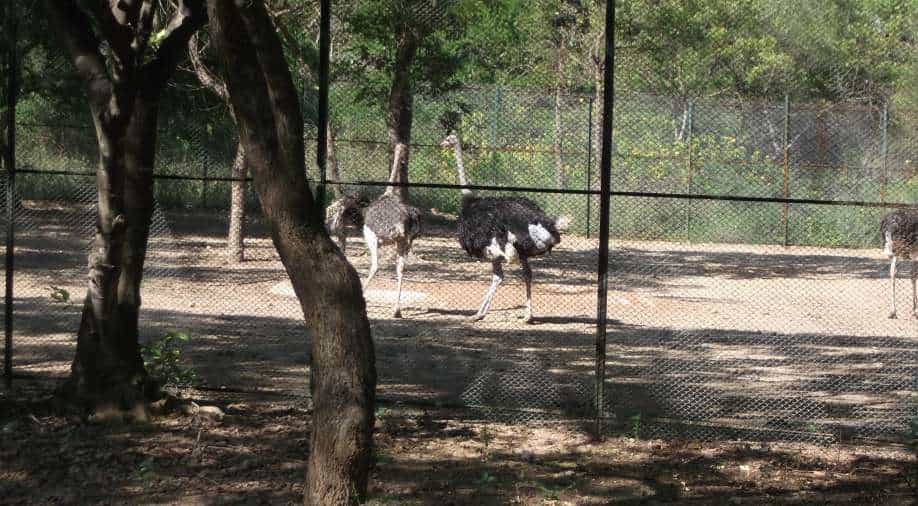 Wildlife parks are starting to vaccinate animals amid a surge in Covid cases Photograph:( Agencies )

After there were reports of animals contracting the deadly coronavirus, many zoos and wildlife parks have started vaccinating their animals as a precautionary measure. Potter Park Zoo in Michigan became one of the first zoos to take such an initiative after numerous zoo animals across the country tested positive.

The vaccines were donated by a New Jersey-based animal health company named Zoetis Inc. This company makes one of the few approved Covid vaccines for animals.

The company started working on its vaccine in February 2020, after a  dog tested positive for Covid in Hong Kong. It was concluded that the 20 animals that received the experimental vaccine developed a robust antibody response against SARS-CoV-2. However, the 10 that received a placebo did not. Also, there were no safety concerns reported by the company.

Potter Park Zoo Animal Care Supervisor Pat Fountain, in a report, said, "They were finding that it was happening in a lot of big cats and things like that. As a different number of animals grew, it became clear that it was a much bigger deal for the animals.”

The fountain further added that vaccinating animals is more challenging than vaccinating humans. He highlighted how limiting animal stress is the biggest priority. "I do train the animals daily to get used to the idea of being poked or getting shots or getting their blood drawn, or anything like that. It’s more about the stress of the animal than anything. So we don’t want to overstress any of them because they can get sick or hurt," he said.

In another such incident, nearly 260 animals, including many different species, received an experiment Covid vaccine at San Diego Zoo and Safari Park.

Meanwhile, various animals have tested positive for the deadly coronavirus. This includes three white-tailed deers in Canada. Also, the Alpha variant of Covid was detected in pets when two cats and dogs tested positive in a PCR test.