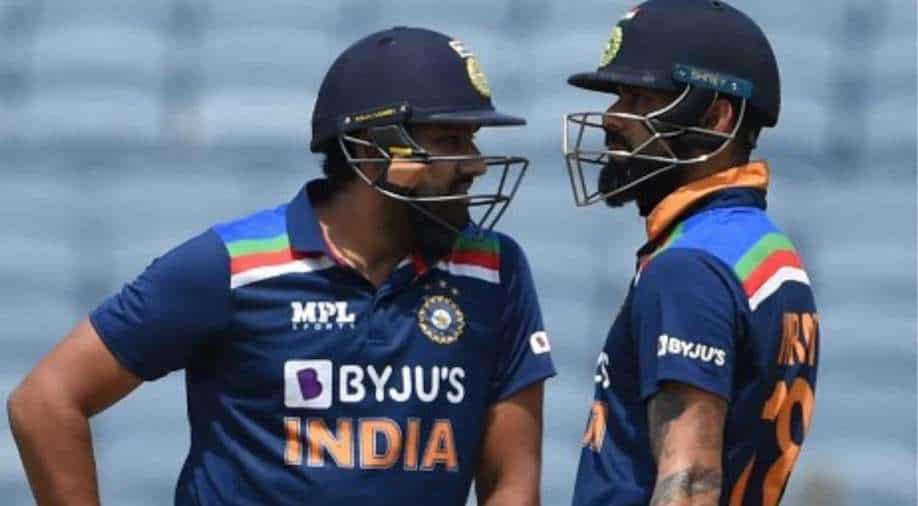 Former Indian opener-turned-commentator Aakash Chopra opened up on split-captaincy in Team India as Rohit Sharma has been named the limited-overs captain whereas Virat Kohli will continue to lead the Test side.

Team India have gone through rapid changes ever since their disappointing run in the T20 World Cup came to an end. While Ravi Shastri's tenure came to an end, he was replaced by Rahul Dravid as the head coach. Rohit Sharma took over as the T20I captain after Virat Kohli had announced that the T20 WC would be his last assignment as the captain in the shortest format.

On Wednesday (December 8), the BCCI announced Rohit as the ODI captain, replacing Kohli, whereas Hitman has also been promoted as the Test vice-captain. Kohli will, however, continue to lead the Test line-up.

Speaking on his official YouTube channel in a video, former Indian opener-turned-commentator Aakash Chopra opined on the changes taken place in Team India. He said that the team has maintained the difference between red and white-ball cricket with Rohit taking over as ODI captain.

“The day Virat Kohli left his T20 captaincy, it was a foregone conclusion that he will also lose his one-day captaincy. You would always want to go with the captain who leads the T20 team (for the ODI side). In world cricket, you don’t see a player leading the Test and ODI team not captaining the side in T20s. A distinction is always over white-ball cricket and red-ball cricket, and now we have that distinction," he stated.

The former cricketer also sounded optimistic of India's fortunes under Rohit. “What he brings to the table is his tactical acumen. He is very good tactically. Rohit Sharma has always been a lucky captain, so that also helps!", Chopra further added.

Talking about Kohli, India did fairly well in bilateral series in limited-overs but couldn't win an ICC title. The Men in Blue reached the 2017 Champions Trophy final and also played the semi-final of the 2019 ODI World Cup. India will now hope to end their ICC-title drought under new captain Rohit.

Rohit, on the other hand, will have to replicate Kohli's efforts as a batsman while captaining the side. The 33-year-old did a brilliant job while leading from the front with the willow in hand and, hence, his successor will hope to carry on in a similar manner.